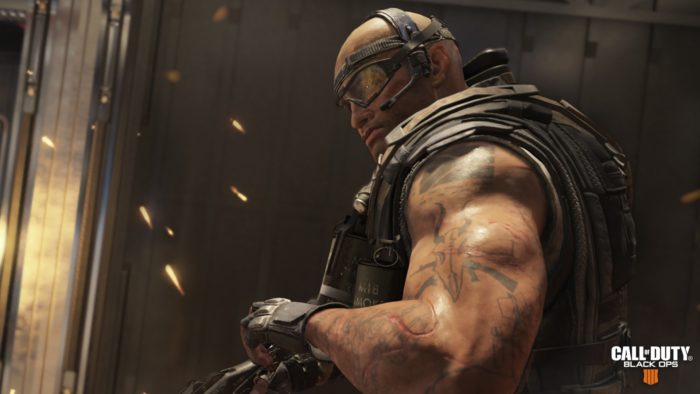 Up until recently, I’ve been a big Call of Duty fan. I’m not down on the series or anything, but I just wasn’t a huge fan of the last two games, Infinity War and CoD: WWII. I know I’m not the only one that felt disillusioned with Infinite Warfare, and as for WWII, I just didn’t think the fast-paced gameplay fit well with the setting. Not a problem though because this year is Treyarch’s turn and I live for those Treyarch editions of Call of Duty. Treyarch, at least in this writer’s opinion, has the best campaigns and often innovates the multiplayer… Which is why I was shocked to learn the campaign was out this year and that they are doubling down on a future setting that many players were starting to get tired with by Black Ops III, and certainly by Infinite Warfare. It’s a bold approach by pretty much any measure. All of that said, I did enjoy Black Ops 3 a lot, and Black Ops 4 feels very similar, but with the craziness toned down a tad.

Black Ops 4 brings back the specialists from 3 and many of them such as Ruin are going to feel quite similar, but with retooled and updated abilities. Also different is the shift away from regenerated health, and instead you’ll have stim-paks that you can use periodically replenish lost health, similar to what was seen in CoD: WWII.

In our hands-on time with Black Ops 4, we played two game modes, Hardpoint and Domination. The former is essentially a rotating King of the Hill game type, and Domination should be familiar to everyone that has played a CoD game since Modern Warfare.

As we’ve been kind of hinting at, Black Ops 4 is essentially the lovechild of Black Ops 3 and WWII. The shift back to more traditional FPS tropes like non-regenerating health and specialized classes is present, but the futuristic weaponry and abilities from Black Ops 3 is too. As you get kills and help with the objective you’ll build up a scorestreak (provided you don’t die) and also build up to your ultimate ability that can vary from Ruin’s Grav Slam attack, or abilities geared towards supporting your teammates such as Torque’s barricade which provides cover and slows and damages enemies.

The combat was just as fast-paced and unforgiving as it has always been. Surprisingly, the time-to-kill (ttk) felt a little slower than it does in CoD: WWII, although I’m not 100% sure if it is something that is game-wide change, or it has to do with how certain perks people had equipped were interacting with each other. CoD: WWII’s ttk felt too fast, and as a result, unbalanced games were especially miserable last year. I’m hoping that the ttk is indeed a little longer so people can have an extra half-second to breathe, analyze their current situation, and use the specialist abilities strategically without fear of being instantly annihilated every time you make eye contact with an enemy player.

As long as returning to a futuristic setting isn’t a deal breaker for you, and you won’t terribly miss the campaign mode, you should have no problem getting into Black Ops 3. If you were looking forward to something that feels fresh and new though, you do have the new battle royale mode, AKA Blackout, to look forward to. Details on Blackout are still sparse, however. We tried to pry some information out of Treyarch last month, but were only somewhat successful.