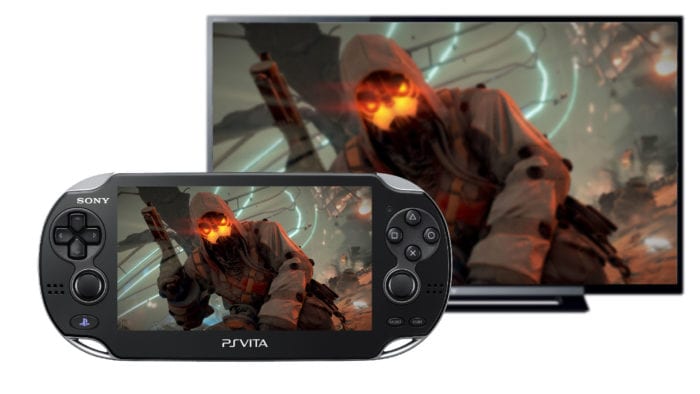 Last year, Andrew House, former Global CEO of Sony Interactive Entertainment stated that Nintendo’s hybrid approach to its Switch console was not one that Sony planned on following. Since then, Sony’s only interest in portable gaming has been with respect to mobile games, with its mobile game studio ForwardWorks heading up future development on the platform.

Andrew House has since stepped down from his position as Sony CEO, however, and he’s since been replaced by long-time Sony executive, John Kodera. Kodera, it seems, might be of a mind to approach portable gaming with a very different sort of strategy that could see Sony more involved moving forward. He recently stated:

“In my opinion, rather than separating portable gaming from consoles, it’s necessary to continue thinking of it (portable gaming) as one method to deliver more gaming experiences and exploring what our customers want from portable.”

Kodera is seemingly entertaining the notion that Sony might look towards incorporating portable gaming more intimately with its next home console. But what exactly could he be alluding to?

During his time at Sony, Kodera has most notably been involved in business planning for their early portable devices, and more recently he was the Vice President of Sony Network Entertainment International, SNEI. SNEI is an interesting factor here because it is the company that works on systems such as PlayStation Plus and PlayStation Now, which both have large cloud-based functionalities. These systems, along with the Remote Play system from the PS3 and PS4, might very well play a fundamental role in whether Sony needs to get back into the portable gaming market. And given Kodera’s involvement in their development, you’d have to imagine he’s a proponent of its potential.

So how do Cloud processing and Remote Play have anything to do with portable gaming?

Cloud processing certainly has the potential to make a significant impact on how we interact with games, particularly in relation to portable and mobile applications. A portable device typically has much less storage space than its competitors, and even with stunning advances in mobile chip technology, the hardware also lacks in processing power. As long as connections can keep up, Cloud functionality provides a handy solution to these issues, allowing for additional power to be streamed to the device to bolster its performance.

Remote Play, of course, is the technology that allowed users to display gameplay from their PS3 or PS4 onto their portable systems. In 2014, Remote Play was expanded so it could be used on PlayStation TV, the Xperia Smartphone and tablet line, as well as with PlayStation Now. Finally, in 2016, the service was also made available on Windows and Mac.

If it can combine PSN and Remote Play functionality into one device, Sony has the potential to kill two birds with one stone. The Xperia smartphone and tablet line has recently been a sore spot for Sony, but the company recently talked about how it wants to turn the mobile division around at their corporate strategy meeting. Perhaps the intention is to incorporate a renewed effort with PS5? A renewed effort, better optimized and allowing users to access Remote Play and PlayStation Now on the go might well prove an attractive incentive for potential consumers. The increased processing power and connection speeds since Sony first attempted the Xperia design might actually make it viable now. This, coupled with the increasing ease of access to WiFi networks, and you have what could be the next step for mobile gaming and portable gaming.

It’s no great secret that Sony’s mobile phones have been doing poorly in recent years. Increasingly, it’s the PlayStation division that has been shouldering the company’s most substantial revenue gains. But that doesn’t necessarily mean Sony wouldn’t be interested in regaining some traction in that particular market. If the gaming sector is its greatest asset, and Kodera still believes there’s life in portable gaming, consolidating the package with a renewed effort in the mobile phone sphere makes the most sense.

Sony’s cloud processing technology, experience with remote play technology, and, as Kodera stated, “the knowledge and experience of having built four generations of consoles,” might just make that very blueprint viable.

Perhaps the biggest obstacle, though, lies outside of Sony’s hands. Even though mobile networks are pushing towards 5G and 6G systems worldwide, to use PlayStation Now you’d need a very robust, continuous connection that just isn’t available right now. But if we’re to believe the PS5 is still two or three years away, the once fantasy of mobile cloud gaming could be closer than you think.