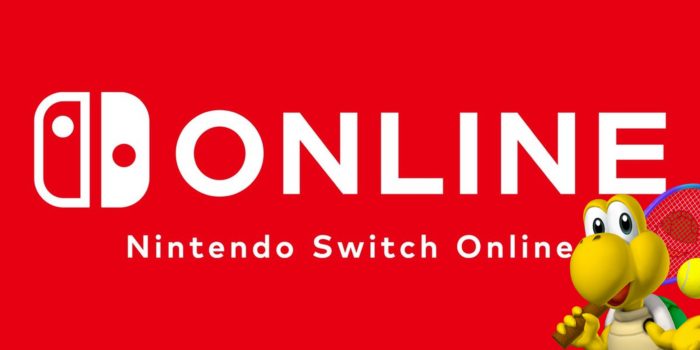 After years of resistance, Nintendo is finally ready to begrudgingly move into the modern era with its upcoming paid online service for the Switch. Considering the company’s spotty history with online gaming – remember when we were advised to think of the anonymous opponents in Smash Bros. Brawl’s Wi-Fi play as ‘simple scarecrows’? – our expectations were less than lofty, and at least at first glance, the Nintendo Switch Online service hasn’t quite filled us with confidence. Offering less functionality than its rivals, its major benefits over the current free scheme would seem to be better speed, and better stability, something Nintendo has been in desperate need of for years.

So yes, though we may look back fondly on the briefly thriving leaderboards and sluggish framerate of Mario Strikers Charged online play on the Wii, a paid service (particularly one so modestly priced) had to happen, sooner or later.

This much is fairly cut and dry, but there is perhaps more here than meets the eye, with Nintendo casting a wider net than those who simply want stable connections and cloud storage facilities for their save files. To some, online play was merely a novelty that they were only interested in when it didn’t cost them anything, and they would have been happy to continue with only local multiplayer. There had to be a hook, an incentive; something that would make them feel compelled to pay, in spite of their apparent apathy.

And Mario Tennis Aces could be the brightly colored Trojan horse that tells us exactly how they intend to do it.

June will bring the first of many online tournaments that incentivize participation. The Pre-Launch Online Tournament demo event rewards all players with an alternate costume for Mario, in this case, his classic plumbing attire. At this point, it remains unclear whether this will be the only opportunity to receive the outfit, and with nothing to lose but your time (and potentially your pride, should you be particularly dreadful at Mario Tennis), there is absolutely no reason not to download the demo when it becomes available on the eShop later this month.

As the famous phrase goes, the first one’s free.

Back in March, it was confirmed via Nintendo Direct that upcoming online tournaments would have similar participation awards of special in-game outfits and additional characters, while a silhouette of Koopa Troopa appeared onscreen. For a generation of players who grew up with Super Mario Kart, that character holds a special place in their hearts. The lowly Koopa has more popularity than one might think and remains an enticing carrot dangled before the eyes of its adoring public. 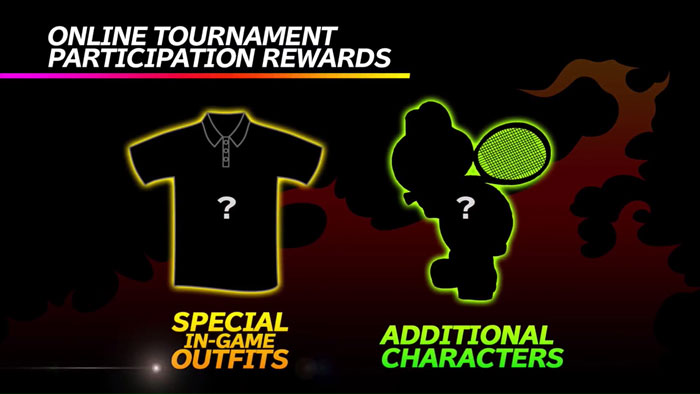 And should that particular carrot happen to appear around, say, September? When the paid online service first launches? It just may bring a lot of extra online players into the fold, and it barely scratches the surface of what could be done here.

Our attention then turns to the upcoming Smash Bros. for Nintendo Switch, a game that is still shrouded in mystery. It will no doubt become the staple for online gaming on the platform, and if the Wii U and 3DS versions are any indications, the roster that is made available upon launch will not be close to the final version. Downloadable characters are a foregone conclusion, and though the cost of a new fighter in the earlier titles skewed a little higher than a month worth of online time on the upcoming plan (Bayonetta, Cloud, and Ryu cost $5.99 each, in comparison to $3.99 for one month of Nintendo Switch Online), the most expensive stage was only $2.49.

Connecting the dots here? It looks good for Nintendo if their online service has a lot of adopters, and if they were so bold as to lock Smash Bros. content behind tournament participation, you could expect the number of users to skyrocket. Who knows where the buck stops, exactly? Could Mario Kart 8 Deluxe’s long-established list of racers stand to have a few more added? How about Pokken Tournament DX?

If it all sounds a bit sleazy, one need only take a step back and see that most of the content offered in Mario Tennis Aces may be little more than bonus additions that most would have been happy to spend the extra cash for anyway. With Nintendo’s late adoption to the paid scheme, something has to sweeten the deal, and lo and behold, this could be the solution that makes this pill a little easier to swallow.

Look no further than the amiibo, those silly little bits of plastic, that are effectively microtransactions masquerading as toys. Because they look cool and are addictively collectible, their implementation in-game feels more like a secondary feature. Will we pay $12.99 for a Fox McCloud costume in Mario Kart? Not likely, but we’ll gladly fork out that amount for a Fox McCloud amiibo that just so happens to yield an in-game outfit, as well.

When all is said and done, this is little more than rumination and positing, of course. Mario Tennis Aces’ framework that encourages completionists to play online may be an outlier, and Smash Bros. could just as well return to the tried-and-true formula of standard unlockable characters followed up by DLC fighters post-release.

But Nintendo is trying to sell an idea here, one that is unlike any that they have ventured into in the company’s long history. Though a sizeable number of people will gladly adopt the new service regardless, others may need their arm twisted a little bit. Tournaments, additional modes, skins, characters, time-limited content… it all adds up to an awfully bendy limb, and if there’s enough on offer, perhaps they’ll be inclined to renew for another few months.

It’s important to note that Nintendo has a lot of ground to catch up on here, and a little bit of tomfoolery to expedite and inflate the process, particularly when the Switch is such a hot ticket, could pay real dividends. You want the major online players to come to the platform? You want to play Fortnite, or Overwatch, or any number of other games of their ilk? Show that the Switch’s new online system has the attach numbers to make it worth developers’ while. If it takes something so transparent as extra content to convince stragglers to make the jump, so be it, right? …Right?

We’re left sitting on the fence, here. On the one hand, it’s another indictment on the modern model of video game development, where base content is being snatched from us in order to boost revenue. But one could equally play devil’s advocate here, taking a view that if Nintendo is able to really commit to this model, and offer content that is additional rather than fundamental, it could end up being something really unique and worth paying for.

One glance over at the bookcase nearby confirms that there are about thirty of those amiibo previously alluded to, proudly on display. Whatever happened there, it’s definitely working, and if it’s exploitative, then it’s at least in a way that’s palatable.

Koopa Troopa may seem an unlikely flag-bearer for Nintendo Switch Online, but who knows who else will follow suit? Maybe the plucky turtle is just the tip of the iceberg, and a small part of a movement that leads to a new era of flourishing online gaming on a Nintendo console – as if such a thing could even be conceivable. We can only wait and speculate, all while sharpening our skills on the tennis court…