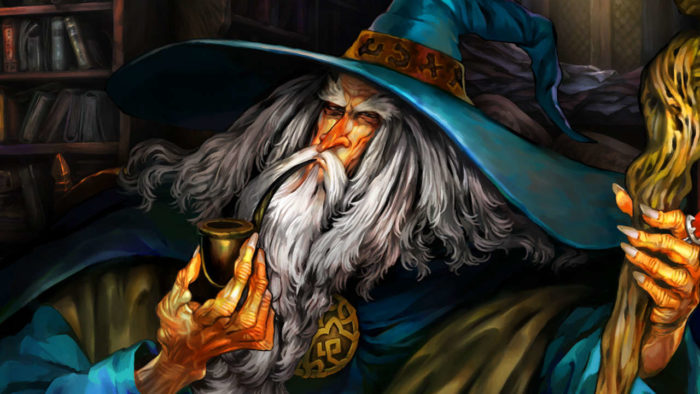 Five years on, and Dragon’s Crown still hasn’t lost any of its charm. Presented as a side-scrolling brawler with RPG elements, the game looks and sounds like a lovely piece of interactive art, where every backdrop glints if you look closely, and your characters blend into their surroundings beautifully when they stop moving. Dragon’s Crown Pro brings all of that fantasy glory to the PS4, this time with 4K support and enhanced graphics and character artwork. It’s gorgeous.

Just in case you’re new to Vanillaware’s fantasy epic, Dragon’s Crown Pro puts players in control of a budding adventurer. From the get-go, you can choose from a variety of different classes including the Fighter, Amazon, Sorceress, Elf, Wizard, and Dwarf. Each character has their own unique move set and skill tree, and you can swap between them whenever you want, though bear in mind that you’ll have to level them up from scratch. The Fighter is big on melee attacks, and can deal massive amounts of damage with ridiculous combos once you start unlocking new moves from the skill tree. If you prefer using magic with a more deliberate play style, the Sorceress and Wizard can offer that as well. I went with the Elf in the end for her ranged capabilities and ability to attack more swiftly.

The game’s story is told to you by an omniscient narrator who describes the events, Dungeons & Dragons style. It’s worth noting that Dragon’s Crown Pro comes with all of the previously released DLC, and this includes the Storyteller pack which lets you change the voice of the narrator. The voices are all pretty well-done, though I found myself sticking with the default narrator for maximum game master vibes. The soundtrack has also been redone with a live orchestra, which only serves to make the world feel even richer and your adventure grander.

The biggest difference comes with the graphical update. With 4K support on the PS4, Dragon’s Crown looks even more beautiful than ever. George Kamitani’s world and character designs were already good-looking enough on their own, and the enhanced graphics certainly do them justice. The fantastical storybook world looks absolutely sublime on a 4K display, and there’s no better way to experience Dragon’s Crown Pro on consoles.

Unless, of course, you’re on the go. Prior to the release of Dragon’s Crown Pro, Atlus rolled out an update to the PS3 and PS Vita versions of the game to include the latest patches, as well as PS4 support for the cross-play and cross-save functionality. This means that if you own the game on Vita, you can transfer your save files to the PS4 version and play it on the console when you’re at home. The online multiplayer works the same way, and Vita owners will have no problem playing with PS4 owners via cross-play. It’s a good way to ensure that the player base isn’t split, and it’s definitely a welcome update for fans who have already sunk hundreds of hours into the game when it was first released. 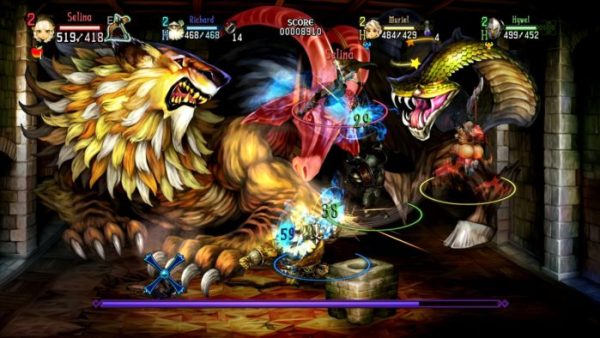 The core gameplay elements remain the same in Dragon’s Crown Pro. You’ll spend some time in town, talking to various NPCs to advance the story, and pick up a few quests from the guild, then head out to a dungeon to start beating up some enemies. Every dungeon features a unique boss, and when you unlock the fairy in the story, you’ll be able to start accessing secret areas and hidden treasures. At the end of each dungeon, all of your loot and treasures are compiled. Every piece of loot has a letter grade, and you can spend gold to appraise them and see what they are, or just sell them off for some quick cash if the grade is too low for your level. Even after playing this game to completion several times at this point, I still found myself caught in the dizzying loop of grinding treasures and fervently praying for rare equipment each time I hit that Appraise button.

Dragon’s Crown Pro rewards the player immensely for completing quests, and it definitely helps that the combat system still feels fluid and intuitive to this day.

While the main story is relatively short, allowing you to complete the game with one character in about 10 hours (or less, if you know what you’re doing), Dragon’s Crown Pro offers great replay value with the B routes in dungeons. These unlock new enemy types and even tougher bosses which, in turn, offer up even more valuable loot. Even after you’ve completed the B routes, which will take some time, there’s even more fun to be had in starting over with a new character and learning a brand new play style.

If there’s one major complaint to be had about the game, it’s that it doesn’t offer anything new in the way of content. Yes, there’s a lot to see and do in the game, but all of this content was already available in the original release five years ago. It would’ve been nice to see the addition of a new dungeon or a handful of new sub-bosses, like Vanillaware did with Odin Sphere Leifthrasir, but that isn’t the case here. It’s even more of a shame when you take into account the fact that the Japanese release comes with an incredible Dungeons & Dragons DLC pack, where you can play through the game with character sheets and roll virtual dice to battle monsters. Unfortunately, this isn’t a thing in the English release, and it would’ve added so much more to an already fantastic experience.

Ultimately, Dragon’s Crown Pro is reserved only for newcomers and the most hardcore of fans. As beautiful as the storybook world looks in 4K, it simply isn’t enough to justify a second purchase for those who’ve already played through it on the PS3 and Vita. But if you fall into the camp of people who are intrigued by this charming world, or if you just want more Dragon’s Crown in your life, there’s no better way to play this game than on the PS4.