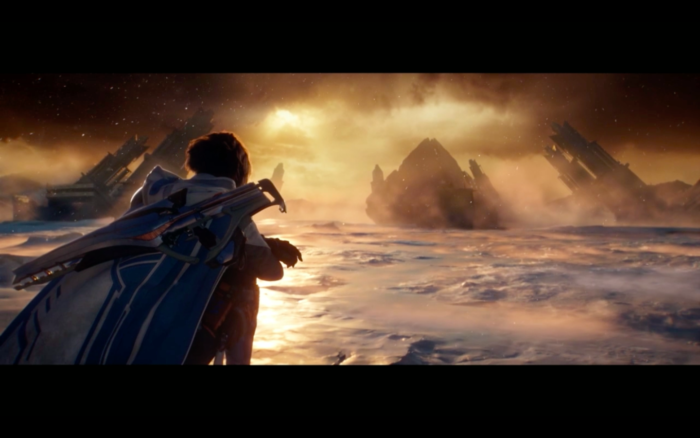 I would never say that I wasted my time in Destiny 2 or somehow didn’t get my money’s worth. I’ve spent 82 hours with it, after all, which is a lot more than I’d spend with most AAA experiences. Yet at the same time, I just don’t see it ever coming close to the 558 hours I clocked up in the original game.

The sequel hasn’t hooked me the same way, and I know I’m not alone in that sentiment; it’s is a common feeling among members of the Destiny community. There are many that consider themselves big fans of the franchise but are off playing other games until they feel there’s good reason to return to Destiny 2.

That content has yet to surface. In fact, there’s been plenty more to feel pessimistic than upbeat as of recent. Whether it’s the go-fast update that felt like a drop in the bucket, the letdown that was Curse of Osiris, and most of the tantalizing changes feeling so far away, returning to Destiny 2 just hasn’t felt exciting. But all that might have just changed. The first few major roadmap changes are finally arriving by way of the Warmind expansion due out on May 8, and I’m pleasantly surprised by what I’ve seen.

Yesterday, during the Warmind reveal stream, Bungie hit fans with a surprisingly large amount of interesting information. The most notable of which was new details about Escalation Protocol, Crucible ranks, and the exotic weapon buffs. All three are attempts to address major fundamental issues (of which there are many) in Destiny 2. The biggest, which all three are hopefully designed to attack, is the lack of content and the lack of worthwhile rewards for time invested in the game.

At present, Raid content is arguably the only true challenging activity that really requires you to think long and hard about your load and equipment, and even that, to the best players, is debatable. Expansion Protocol is being sold as high-level challenging content that will, for the first time, force players to optimize equipment for what is a public event. It’s giving off Court of Oryx and Prison of Elders vibes (a plus in my book), and assuming Bungie isn’t just gassing it up (which they do often admittedly), clearing all seven waves will be no easy feat, and the rewards will be suitably attractive.

Crucible ranks appear to offer something similar for PvP players to chase for; specifically the Glory Ranks, which are obtained only by winning. Losses set you back, which gives Destiny 2’s everyday PvP modes some much-needed drama. During the stream, Bungie teased Glory Rank exclusive rewards such as the Redrix’s Claymore pulse rifle, which is sporting unique perks. Hopefully, this will be reminiscent of the legendary weapons of Destiny 1 that you were actually excited to get your hands on, such as pre-nerf Black Spindle, and Fatebringer.

However, it’s the exotic weapons buffs that have me the giddiest. Watching Graviton Lance and Hard Light on the stream yesterday was very exciting. While I know not every weapon is going to get changes as dramatic as those two, the fact that Bungie appears to be willing to experiment with radical redesigns to make their exotic weapons worth grinding for is so encouraging. It’s something that I honestly didn’t think could happen because of the looming worry that it would break PvP. They addressed this during the stream yesterday, admitting that nothing in Destiny 2 is OP, and that it was actually an issue they were aware of. That’s exactly what I wanted to hear; I’m confident Bungie finally gets it.

For the time period where these changes were just something “on paper” (or on a graphic, if you prefer), it was hard to get hyped up about them. Bungie has announced cool things for Destiny before, but it didn’t always pan out. The Infinite Forest and forging weapons, for example, sounded great at first glance, and then it suddenly became clear how lame they actually were when the update went live.

When I previewed Curse of Osiris prior to its release, I saw the writing on the wall and was hoping Bungie had a few tricks still up its sleeve to add bit more polish before its release. They didn’t, and Curse of Osiris was just as disappointing as it seemed during my demo time with it, if not more so. I don’t have that same feeling of dread this time around.

In a game like Destiny 2, there needs to be something that tests you. Some kind of final test(s) that is worth spending hours grinding powerful equipment in preparation for, and – equally as important- an appropriate reward for your efforts. Destiny 1 understood this; Destiny 2 has it in bits and pieces, but it never comes together like it did before. It finally looks like the game is finally emerging from this dark age, though.

We’ve seen that the rock bottom of Curse of Osiris-era Destiny 2 is far lower than The Dark Below or any of the worst moments in Destiny 1, but I finally see a scenario where the game turns a corner. Bungie seems to understand the gravity of the situation, and it seems to be willing to make drastic changes to reverse its fortune. Lucky for them, Destiny fans are a passionate bunch, and I do believe if Bungie can pull it off, they will come back.

It will probably take until September’s expansion for the full redemption story to be complete (if it’s going to happen). Warmind, though, appears to have what it takes to be an effective stopgap that gives people hope in the game again in a way Curse of Osiris didn’t.