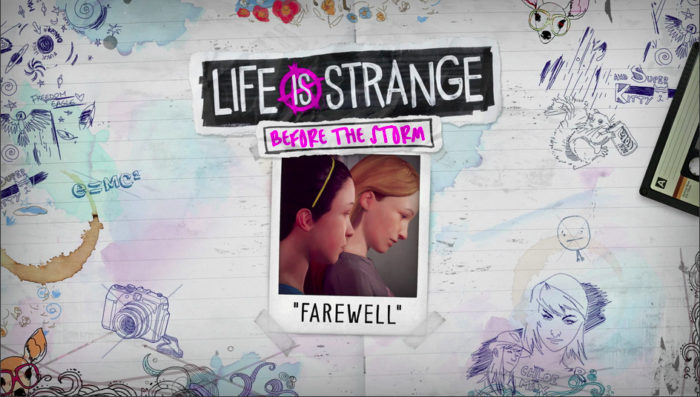 Life is Strange: Before the Storm has received a trailer for its bonus episode Farewell, taking players back to where it all began.

Released ahead of the episode’s March 6 launch via the Life is Strange: Before the Storm Deluxe Edition, the trailer shows Max and Chloe spending a day together before Max moved away from Arcadia Bay to Seattle. In addition to being the final send off for Chloe’s character and the final piece of content for Before the Storm, the episode has voice actors Ashly Burch and Hannah Telle reprising their roles from the first game as Chloe and Max respectively.

Launching its first episode Aug. 21, 2017, Life is Strange: Before the Storm served as a prequel to the original game with the story of what Chloe was doing before Max came back into her life and how she met her would-be lost lover Rachel Amber. The game has seen general praise from fans and critics for its storytelling and engrossing characters, though it did encounter some criticism when it was announced Burch would not reprise her role as Chloe due to the 2017 SAG-AFTRA strike.

Players can say their goodbyes when Life is Strange: Before the Storm Deluxe Edition and the Farewell episode hit PlayStation 4, Xbox One and PC on Mar. 6. For more on the series, check out our review of the third Before the Storm episode as well as our thoughts on how the episode’s ending shows the importance of making our own choices.