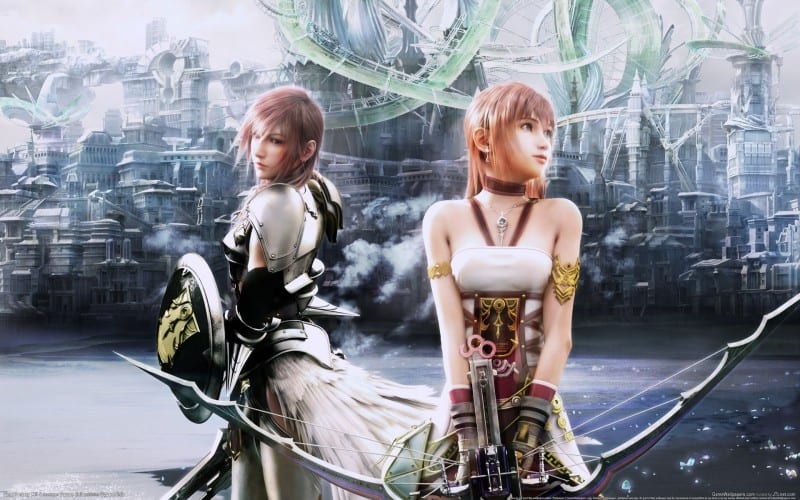 There may not be another series of games that has set such a high standard for quality video game soundtracks than the Final Fantasy series, so standing at the top of that is truly a great honor. Keeping this in mind, I don’t speak lightly when I say that Final Fantasy XIII-2’s music is just that phenomenal. It was composed by Masashi Hamauzu, Naoshi Mizuta, and Mitsuto Suzuki, and it stands very much toe-to-toe with the works of Nobuo Uematsu (Final Fantasy I-IX, plus many others), Hitoshi Sakimoto (Final Fantasy XII), and Yoko Shimomura (Final Fantasy XV).

The original Final Fantasy XIII is also praised for having a great soundtrack, and Final Fantasy XIII-2 sounds comparable in some ways to the style of its predecessor. However, what sets XIII-2 apart is it’s shear variety, likely thanks in part to the addition of the two composers Naoshi Mizuta and Mitsuto Suzuki. In the battle themes alone, there is a huge amount of variety. There are roughly 10 tracks in the OST that are used in battle, and they all give off a different vibe.

It’s not just the variety of genres, however, that makes Final Fantasy XIII-2’s OST standout, but also the use of genre splicing. The Last Hunter is a battle theme that features rocking guitar and drums alongside classical violin. Worlds Collide is a techno track that uses a fast drum machine and the occasional rapping, but also splices in some melodic violin and synth (give it a listen, it’s not as weird as it sounds). Limit Break is the boss theme of the game and at first has the same metal feel of Final Fantasy X’s Otherworld with its use of shredding guitar and screaming vocals, but there are parts of the song that transition into techno, giving the overall track a bit more flavor.

If you’re a fan of the classical style of Final Fantasy XIII, then XIII-2 also has you covered with the battle theme Paradigm Shift, which feels like this game’s Blinded by Light. If you want an epic classical battle theme with beautiful use of violin and horns, then look no further than Etro’s Champion. But Final Fantasy XIII-2’s battle theme culmination has to be Full Speed Ahead. It starts with some tasty guitar licks, swings into some soothing solo violin, and is topped off with a rocking drum solo in the middle. It perfectly blends the genres of classical and rock music to create a song that gets you both pumped up and relaxed at the same time. It works fantastically with the gauntlet of battles that accompany it in the game, but can also be thoroughly enjoyed as a standalone piece of music when removed from the context of a video game. It’s one of my favourite video game battle themes ever conceived. Good job Naoshi Mizuta.

Final Fantasy XIII-2 takes a different approach to town themes than other games in the series. Final Fantasy games’ town themes tend to use instruments like the piano or wind instruments to create a calm atmosphere. Final Fantasy XIII-2 throws most of that out of the window, and instead opts to use vocal tracks, something more akin to the Persona series, for example. Several songs you’ll hear while wandering around town are uplifting pop tracks with female singers. But don’t think over-the-top J-pop tracks like Final Fantasy X-2’s Real Emotion. XIII-2’s pop songs have much slower vocals that don’t take over the focus of the song. Songs like New Bodhum and Starting Over are bouncy, upbeat tracks that are, once again, also great songs to listen to outside of the game. Shoutouts to Unseen Intruder and Historia Crux, too – two more excellent vocal tracks.

The soundtrack does have its atmospheric tracks when it needs to, though. Eclipse perfectly fits the dark, stealth section of the game which it coincides with. It’s one of the quiter tracks in the game, only featuring around two instruments at a time. The sombre piano notes lead into the dulcet tones of choral singing, accompanied by the sustained notes of a single violin. It also gets special mention for opening with the pattern of Final Fantasy’s famous prelude – something that is surprisingly absent from the Final Fantasy XIII trilogy, but at least we get a small allusion to it in this track.

Final Fantasy XIII-2 is also no stranger to sad, melodic character themes, which you’ll see alongside some of the sadder events in the game’s cutscenes. Noel’s Theme is a beautiful piano track, that includes a soft female voice with no lyrics, a motif that is carried throughout the soundtrack. Yeul’s Theme uses that same voice, but finally gives it lyrics, giving the player a sense of relief as we finally get to learn what this previously wordless voice has been trying to say the whole time.

Heart of Chaos ticks the “epic sweeping orchestral piece” checkbox. It’s this game’s One Winged Angel, perfectly encapsulating the dark, twisted nature of the main villain. The final boss theme, Unseen Abyss, takes this a step further. It has all of the bells and whistles of an epic orchestral track, but also imprints a slight amount of techno with its use of synth and drum machine. It’s not as pronounced as some of the game’s other tracks that incorporate techno, but it is used just the right amount to give the track a unique feel.

The last track I want to mention is nothing but the best chocobo theme to date, Crazy Chocobo. If you’ve heard this one before, you know what makes it so special. If not, I’ll say no more, just go listen to it. You won’t be disappointed.

Final Fantasy XIII-2’s soundtrack runs over five hours in length, giving both quality and quantity. There’s just too many great tracks to talk about, but if you want to listen to a couple more great ones, then check out Village and Void, Plains of Eternity, All or Nothing, and Wishes (Main Theme). Final Fantasy XIII-2’s soundtrack stands out for its huge variety and its incredible use of genre splicing. Most importantly, though, the music from the game is just a triumph in that the songs can absolutely stand on their own when separated from the context of a video game. It’s great music, period. XIII-2 released in 2011, and I still constantly go back and listen to its soundtrack. If you’ve never listened to it before, then get on that!