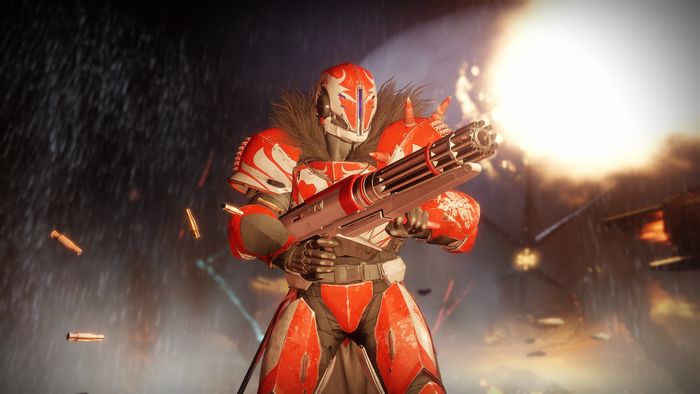 The March update for Bungie’s Destiny 2 is out today for all platforms, bringing changes to many of the game’s weapons and abilities while adjusting some aspects of the Crucible competitive multiplayer mode for more action and faster matches.

Alternately called the “Go Fast Update” when the studio discussed potential gameplay changes last month, update 1.1.4 increases the damage of less popular weapons and buffs abilities to be stronger. Pulse rifles, scout rifles, hand cannons, sidearms, submachine guns, linear fusion rifles, shotguns, sniper rifles, and grenade launchers all received changes such as increased PvE damage, better accuracy, and more stored ammo. Abilities for all three classes have been tweaked to be faster, including reverting the Titan’s shoulder charge distance to before the Curse of Osiris expansion, with the full list for all specific changes in the patch notes.

The other big changes involve all multiplayer modes in the Crucible to increase the pace of action. In Quickplay, match length has been extended to 10 minutes but with score limits adjusted, while respawn times have been decreased from five seconds to two. Power ammo crates now give more ammo for some weapon types and can now drop on player death if holding it.

Additionally, the Iron Banner mode will now feature six versus six instead of four versus four, reduce the respawn time of power ammo crates, and remove the Emperor’s Respite from the map playlist. Iron Banner and other limited time modes – Mayhem and Rumble – will also be rotated each week in its own playlist.

This is the third update for Destiny 2 in 2018, when Bungie announced a roadmap for the game earlier this year. The next update is scheduled for May, when the third season begins and the second expansion drops. The May update will increase vault space, add a prestige difficulty of the Eater of Worlds raid, and overhaul exotic weapons and armor, which was initially planned for today’s update.