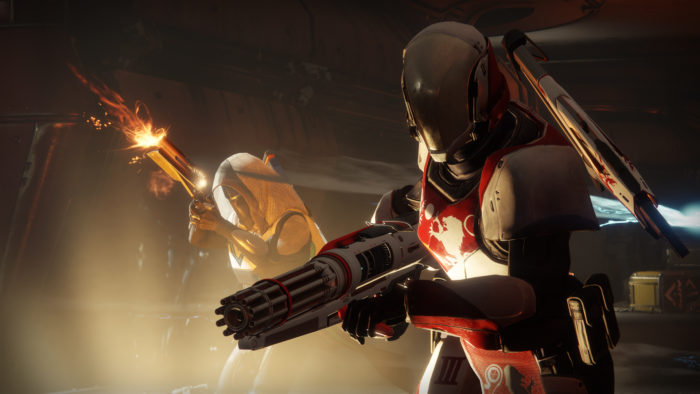 Destiny 2 developer Bungie has detailed more changes coming to the game in its weekly blog post, this time concerning the viability of exotic gear and weapons.

In the post, senior designer Jon Weisnewski explained some of the goals the studio has to tune exotics for the 1.1.4 update scheduled for March 27 in the roadmap detailed last month. The changes to the items’ gameplay include “adding and/or increasing player Power spikes” on gear, “lean into an item’s established gameplay and push it harder,” and mainly focus on unpopular items.

Weisnewski cites the Graviton Lance pulse rifle for example. Out of the three round burst, the first two have almost no recoil and the third has high damage which can ragdoll the enemy with an explosion after kill.

“Resounding player feedback has been along the lines of ‘looks great, sounds great, neat explosion! I can’t get kills in PVP because all the damage is at the end of the burst, kicks too hard for the follow up, and I can’t reliably damage targets with the death explosion in any activity because the body goes flying too far backwards.'”

Bungie plans to add more utility to the weapon with more aim assist, less recoil, and making it a two-round burst. The ragdoll body will also not fly backwards, but “floats back and up,” with a bigger, more damaging explosion that creates seeking projectiles to enemies nearby.

The studio said this change is “one of the more exaggerated examples” for their tuning goals. Exotic weapons that will not receive balance changes in Destiny 2’s 1.1.4 update are Colony, Legend of Acrius, Merciless, MIDA Multi Tool, Telesto, Vigilance Wing, and Wardcliff Coil. According to Bungie, some of these weapons will already benefit from the tuning changes discussed in the sandbox update, also coming in the March 27 update, which increases the stats of some power weapons and other unpopular archetypes.