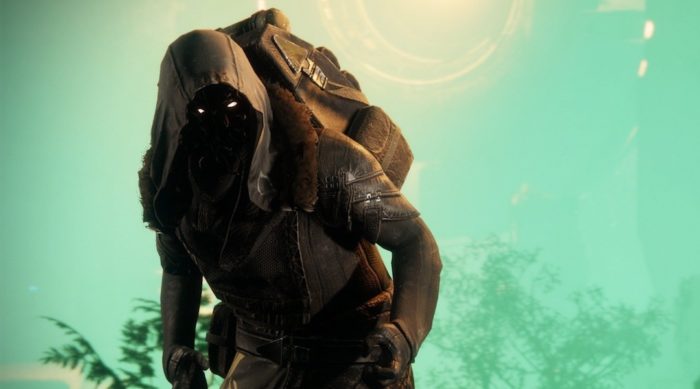 Since the beginning, two of the easiest ways to motivate someone have been the proverbial carrot and stick. Game developers can’t really use the stick to get players to play their games; there’s too big of a market out there, and attempting to punish a gamer for not playing your game just convinces the gamer to play a different game. So developers have gotten very, very good at implementing many different types of carrots in their games to keep players coming back, especially in today’s microtransaction and DLC economy.

Destiny 2 is nothing if not an elaborate carrot setup to incentivize you to continue playing ever after you’ve completed all the content. Indeed, MMOs have been doing so for a long time, and the legacy of those games have clear influences on the Destiny franchise.

But Destiny 2 has a big problem now, which is that one of its most interesting carrots now looks an awful like a stick. After a few months, Xur’s newest item, Fated Engram, is de-incentivizing playing the game and doing more harm than good.

That may seem counter-intuitive, so let’s back up to see why that’s happening. Destiny 2 is a game that wears a lot of different hats: it’s a shooter, it’s an MMO, it’s a co-op experience, it’s a service. One of its most persistent hats, however, is its emphasis on accruing better and better loot. Loot is the biggest carrot in Destiny 2’s hat, if you’ll allow mixing of metaphors here. The desire to get better and better loot applies equally to both new players and veterans, and it’s an integral part of every game mode. Play Crucible, get loot. Participate in strikes, get loot. Attempt the raid and bang your collective heads against the boss for three hours only to quit because it’s 2 A.M., get loot.

Exotic items occupy the top spot in the Destiny equipment hierarchy. You can only equip one exotic weapon and one exotic armor piece, which incentivizes you to try out different combinations to find your favorites. Exotic items have specific and powerful traits that help augment or modify your playstyle. For instance, titan armor piece Synthoceps significantly increase your melee attack reach, which is extremely helpful in the player-versus-player Crucible, and fusion rifle Merciless fires each round faster and faster until you get a kill, making it a superb boss-killer. Each exotic item has its own story behind it, making it feel like a truly unique weapon, and some of the stories are quite good. Since each exotic feels unique, each one has a distinct and interesting visual design, a boon for Destiny fashionistas.

There are 24 exotic weapons, and each class has an additional 15 pieces of exotic armor. That makes a total of 54 to collect, or 39 if you’re a one-class player. Bungie releases new exotic items with each expansion, so that number will likely ascend to 70 or so if they add in as many as they did for the Curse of Osiris expansion.

Collecting exotics is one of the best carrots Destiny 2 offers to players. Even if you don’t end up using them, Bungie does a fantastic job of making them as much collectibles as loot, so you’re always overjoyed whenever you open an engram and see a new exotic pop out. Once you acquire an exotic, you also acquire a blueprint to that exotic, so you can make as many copies for that exotic as you want, provided you have the necessary legendary shards to do so. Wanna give each of your classes a Prometheus Lens for the lols? Have at it, friend. Once you get the item initially, you basically own it forever.

This is in contrast to legendary items, which cannot be reconstructed from a blueprint if you dismantle one and decide later you really did want to use it. That’s because Bungie has specifically designed exotic engrams to be collectibles. That works because Destiny 2 is a loot game. You do stuff in game to get loot. Nobody really does another glimmer extraction event because it’s inherently fascinating. They do it for the reward, for the carrot.

It takes work, effort, and sometimes a bit of luck to acquire an exotic engram or item. But when you open up that engram and get a duplicate, that just nukes the excitement. No, I do not want a sixth copy of Aeon Safe gauntlets. No, I do not want a third Fighting Lion, thank you. Yes, I am speaking from experience.

The Fated Engram, sold by the mysterious merchant Xur on the weekends, was designed to solve that problem. It can be purchased once per week by an account and guarantees an exotic that you do not currently own.

This seemed like a great idea at the time. It seemed like Bungie was listening to the players complaining about getting loads of duplicate exotics, and it seemed like they implemented a fair and reasonable system to alleviate that. Since only one was available per week per account, it would take almost a year to purchase each exotic from the Fated Engram, and before you got them all Bungie would have added more in the next expansion.

The problem with the Fated Engram is not Bungie’s attempt to make exotic item collecting more fair or reasonable. That part is perfectly fine and welcome. The problem is that the Fated Engram cheapens the exotic collecting experience by removing the carrot from the equation totally. If you have a large collection of exotic items, it is actually more efficient not to play Destiny 2. Instead, log in on the weekend, grab your Fated Engram to guarantee you a new exotic, and log back off. If you play the game normally, chances are you’ll get more duplicate exotics, and that’s no fun.

Ultimately, the Fated Engram is a bad attempt at a solution to a real problem because it doesn’t solve that core problem (which should sound familiar to Destiny fans). There are a multitude of things Bungie could have done to remedy the exotic duplicate issue. Bungie could have lowered the chances of exotic duplicates, they could have made dismantling exotic items more useful, or they could have added an item that removes the possibility of getting a duplicate exotic for a set amount of time. Instead, they added an item whose only cost was a currency (legendary shards) most Guardians owned in abundance and can be collected easily.

One of the joys of late-game Destiny was grinding to get that last piece of armor you wanted, screaming in victory when you got it. Bungie’s job is to make that grind more fun and less tedious, but with the Fated Engram they just removed it altogether.