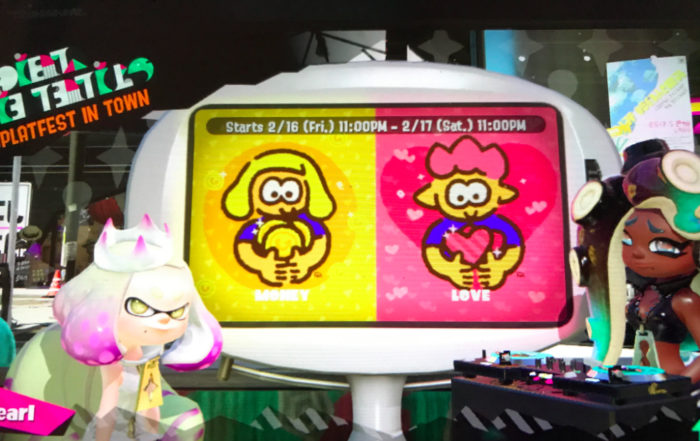 Nintendo has revealed the theme of Splatoon 2’s next North American Splatfest, pitting love against money for the ultimate key to happiness.

Set to begin Feb. 16, the event will split players between gold and pink paint wielding teams. Those who believe money is the key to happiness can represent Pearl with gold paint, while those who believe love is paramount can paint the town a sakura blossom hue for Marina. The winning team will be revealed at 9 p.m. PST on Feb. 17 along with the stats gathered from the event’s matches such as solo and team victories earned for each faction.

Released July 21, 2017, Splatoon 2 is the latest iteration in one of Nintendo’s newest IPs. The game has quickly become one of the company’s best selling console titles in Japan in nearly a decade alongside strong sales in Europe and North America. Several Splatfests have been held since the game’s launch, pitting players against each other to determine which is better between cake and ice cream, ketchup and mustard, rock music and pop music, and vampires and werewolves.

Splatoon 2 is currently available on the Nintendo Switch. For more on the game, check out our review or read up on some of the game’s latest weapon additions and update notes.