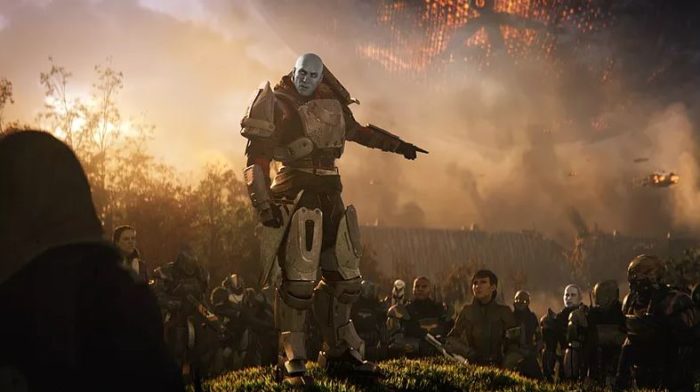 Right off the bat, let’s say this: Destiny 2 isn’t going to ever “die.” Even Battleborn isn’t dead, especially on Xbox One, and that game is the poster child for recent “dead” games. StarCraft 2 has been declared dead so many times it’s a meme at this point; but despite being released in 2010, it is still one of the most viewed esports outside of the obvious juggernauts and has a $2 million prize pool across its events this year. Point being: fans and observers will be dramatic when it comes declaring games dead. PC populations can be fleeting, but, on consoles at least, even the biggest busts can hang on to a small but dedicated population for quite some time after their “time of death.”

However, like you’ve probably summarized from the title, Destiny 2 is heading towards irrelevance at a pace that, at this point, might be irreversible.

Take these games for example: Titanfall 2 (2016), For Honor (2017), and The Division (2016). Casual observers might believe that those games died eons ago and that barely anyone plays them. But in fact, that’s not the case. You can fire up Titanfall 2 right now on PS4 and get a game quickly. They have just faded from the conscious of the average gamer. Considering how solid 2017 was for great games, it’s easy to understand why. Anyone that had a passing interest in games like those has moved on entirely to play the latest and greatest. This is very common and is what happens with most games. The Destiny franchise has never been like most games though.

The first Destiny had a controversial release. Players either latched on instantly to its addictive loot driven grind, or they lambasted it for its problems, such as its lackluster story. For the entirety of its life essentially, haters hated, and most others, in spite of mistakes from Bungie’s end, remained invested. They were willing to see the game out through its various expansions and their patience was rewarded with the excellent The Taken King expansion, released one year after its initial launch.

House of Wolves dramatically shook up the DNA of Destiny 1. Destiny 2 needs something similar to bridge it successfully to whatever Bungie has planned for September.

Even in the time leading up to The Taken King, there were plenty of controversies, news, and memes that kept the attention of everyone, haters or lovers. Drama over Skolas and dismantling mines in the Prison of Elders, pulling out the LAN cable during Crota’s End, the joy of getting a Gjallarhorn. And, whether we wanted it or not, we’ve stepped into a war with the Cabal on Mars.

This first 6 months for Destiny 2 has felt soulless by comparison. A smooth launch with an excellent first raid was quickly muddied by the realization that Destiny 2’s depth was that of a kiddy pool compared to the deep end of Destiny 1 during the Age of Triumph. With exotics toned down in their uniqueness, god rolls removed, and the DNA of the Crucible changed for the worse, there’s just so little to keep you playing after you’ve gotten a hang of the raid. The long awaited trip to Mercury turned out to be a dud with reused strikes, an Infinite Forest that turned out to be very finite, and a return to the Leviathan via a mini raid lair instead of something located in Mercury.

It can barely even hold the attention of the haters either. Through all its rough patches, Destiny 1 consistently attracted the ire of detractors that mostly hung around to try and troll the many people who still enjoyed the first game, despite its problems. The biggest controversy, Eververse and Loot Boxes, was overshadowed by EA’s version of it with Star Wars Battlefront 2. It can’t even get that right.

Bungie got away with a rocky launch with Destiny 1 because there just wasn’t as much competition for gamer’s interest that early on in the generation. Plus, Destiny was new then, and fans were more willing to be patient and see the game out through patches and expansions. Fans, rightfully so, expected Destiny 2 to build on Destiny 1. Instead, it took one step forward, and two big steps back. And instead of sticking around and complaining, casual and even lots of hardcore fans are just playing other things.

Monster Hunter: World has slid into the proverbial DMs of disgruntled Destiny 2 fans that are looking for the next great grind on consoles. Kingdom Come: Deliverance is a massive open world RPG that demands a ton of playing time and is the most Elder Scrolls-like game to come out in a while (not including the comical amount of times Skyrim has re-released of course). And there is, of course, the massive explosion of battle royale games like the free-to-play Fortnite, which likely ripped away a lot of players despite the difference in genre.

MH: World, the new hotness, has a lot of Destiny-like qualities that appeals to disgruntled fans of Destiny 2.

Bungie, at this point, needs to pull a rabbit out of its hat. I’ve said my piece on what I think would be a quick and dramatic fix, but Bungie probably won’t ever do it. Their roadmap changes are great for current players, but it’s doesn’t appear to be dramatic enough to rope the casual fan that have moved on to the likes of Monster Hunter: World and Fortnite back in.

Bungie’s saving grace is that there are probably a lot of people like myself financially committed to the next expansion pack on Mars. This needs to be a grand slam. Not a double, triple or home run; it has to be a grand slam. It needs to be on the level of The Taken King. That’s a tall task since it’s not designed to be anything dramatically different than Curse of Osiris in terms of content. At least that’s what past history and its price point would suggest. Bungie, to its credit, seems to be fully appreciating the gravity of the situation, which is evident in their increased transparency. However, they shouldn’t count on the likely September expansion rescuing them again this time around.

Destiny 2 is limping into this second expansion way worse than the original was. If it’s not everything it needs to be, Destiny 2 is going to go the way of games like The Division. People will continue to play, and every few months a news story will pop up that reminds us it’s still a game that people care about, but it’s not going to be the big fish in a big pond like Destiny 1 was. It has been entirely dethroned by games like Monster Hunter: World and Fortnite, and it will need to earn its crown back. And honestly, as it currently stands, we’ll probably be waiting until Destiny 3 before the franchise has an opportunity to return to the limelight at the level it once was.