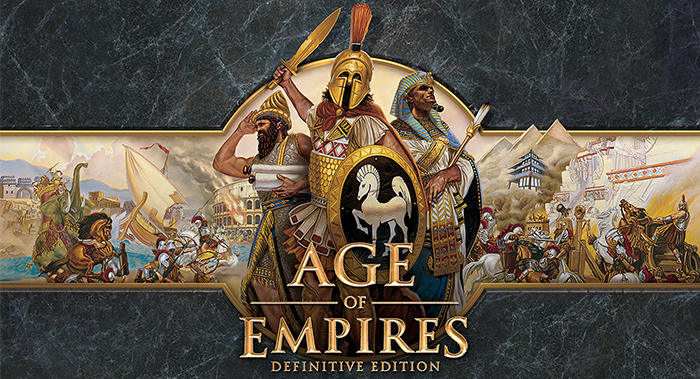 Age of Empires took the world by storm with its intuitive and intelligent gameplay that revolutionized strategy gaming. The original Age Of Empires released 21 years ago and made a huge impact on the strategy genre. Today, the updated version of the game shows both how far strategy games have come, and how dated this classic title is. The game is a blast to the past filled with intriguing gameplay design which, despite its charm, hasn’t aged well at all.

The number one issue with this game is micromanagement. Many games make micromanagement an option, and allow the player to focus on the grand scheme of their empire. In-depth micromanagement options usually reward the player’s ability to manage their units and buildings efficiently. But in Age of Empires: Definitive Edition, I found myself constantly forced to micromanage units because they’d often stop working for no reason whatsoever. The game forces constant micromanagement because there are no automation options in the game.

This issue has been fixed in other strategy games for well over a decade. The ability to automate workers existed as far back as 2005 in Civilization IV. In Civilization, choosing to manually order workers lets you better organize your civilization and will usually reward you through greater efficiency, but that benefit does not exist in Age of Empires. Because you have dozens of workers during the late-game of Age of Empires, you eventually reach a point where it’s nearly impossible to efficiently manage your villagers building and mining resources. When I need my villager units focused on mining or farming, I have to constantly check back on them because your units have terrible AI, and managing your empire becomes more of a chore than a fun part of gameplay. More time is spent giving villagers something to do than actually playing the game.

Speaking of terrible AI, this game is riddled with them. Despite having diplomacy and trading mechanics, Age of Empires will not let you be friendly to other AI civilizations. In absolutely every game I went into, not including the tutorials, the AI civilizations were all in a rush to attack me. I made a point to never initiate war with the AI, and yet they always came at me, which sounds as frustrating as you might imagine.

The AI will spend all its resources and all its time trying to destroy your civilization. Most of the game involves defending yourself from waves of enemies, which makes sense in an RTS, but when all three of your AI opponents are focusing on you for no reason other than the fact that you are the player, it feels like absolute insanity. Progress is sluggish because you’re constantly dedicating resources towards defending against a seemingly never-ending barrage of enemy units.

A large part of RTS games is their fast paced gameplay. Age of Empires is painfully fast, which makes progression feel meaningless.

When you try hard enough you can keep up with the AI and sometimes win, but when mixed with the poor AI and micromanagement, a lot of it can feel like a chore. The pacing is just nonsensically bad, and I never felt excited for hitting milestones because the game never gave me the chance to feel the effects of them.

When you collect enough resources, you can advance your civilization to the next era, and with it comes new research and new building options. The game does not provide the important moments to appreciate and manage all the upgrades acquired throughout a playthrough. It’s very easy to get caught up in defending yourself from enemies and micromanaging your units that you catch yourself neglecting important parts of managing your empire like upgrades and buildings you need built. Very little satisfaction comes from the choices you make because you don’t have any time to think about them and what effect they’ll have. The game has you jumping from point to point making tedious decision after decision at an insane pace. It doesn’t help that the controls are very finicky and it can take several clicks before a unit you clicked on will be selected.

One of the few features I found genuinely great is the multiple single-player campaigns, which do provide a lot of variety to this fairly tedious game. They provide tough and meaningful objectives which are backed by short voice-acted excerpts explaining the reasoning behind your objectives. They’re interesting and provide a challenge other than the monstrous AI. The nine campaigns have you playing through the different ages of nine of the game’s 16 civilizations, and all provide unique experiences due to the slight variation in gameplay from each civilization.

When playing a custom game in single-player, you have the option of playing with the original 1997 graphics and balancing, which is rather neat. Being able to play the classic version of the game is a great addition because unless you pick up a second-hand physical copy of the original, 21 year-old game, there’s no legal way to buy the original game besides buying the Definitive Edition. Nevertheless, it still feels mediocre at best due to its archaic gameplay elements and atrocious pacing.

My time with Age of Empires was interesting for the sake of nostalgia, but not one I’m exactly excited to revisit. The game is extremely dated at this point and simply can’t keep up with other titles. I can’t recommend this to anyone besides nostalgic gamers or longtime fans who had a good time with the original game when it came out and want to re-experience it. While we certainly shouldn’t write off the franchise, Age of Empires: Definitive Edition is not the game you’d want to hop into as an RTS newcomer. Hopefully one day we can get a decent sequel in the series with the tight controls, intelligent AI, and fun city-building mechanics we deserve.