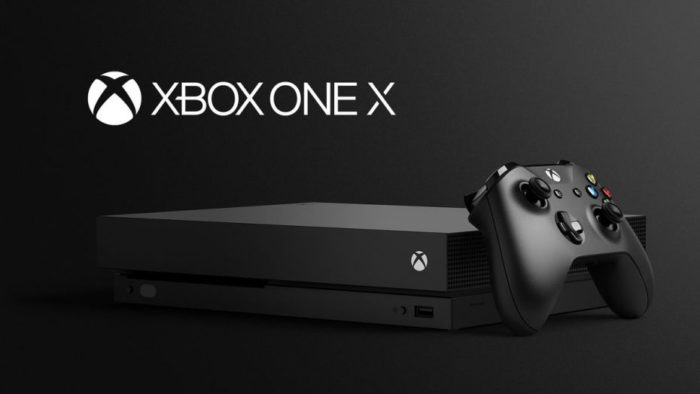 The Xbox One X had a reasonable launch period since its debut, the 4K powerhouse making a name for itself despite a lack of 1st party content for the console. But with a massive launch under its belt and a ton of Game of the Year contenders pushing it forward, there’s no doubt the Nintendo Switch has left Microsoft with a lot of questions it needs to answer quickly if it’s going to remain relevant in 2018.

Since the Xbox One launched, the US developer has struggled to regain the market share it eked out for itself with the Xbox 360. It didn’t help when they tried to go head-on against the PS4 during the Nov. 2013 holiday period, and it’s largely been a catch-up process ever since. With the Xbox One X, there’s an opportunity to somewhat wipe the slate clean, starting anew with a more powerful piece of hardware whilst maintaining the core audience instead of alienating them with a wholly new brand. It’s a step in the right direction that at the very least answers an important question; what is the Xbox’s true purpose?

With power at its side, the One X can claim the strongest console on the market moniker, and there’s some pulling power on store shelves so far based on early results. Xbox One’s overall sales for Nov. 2017 were higher than any previous November sales period for the brand, buoyed no doubt by the newer hardware. It’s a minor win in the grand scheme of things, especially when you compare that to Nintendo’s estimated 14 million Switch unit sales in its first year, putting it on target to eclipse both the Wii and the PS4 within the same time period. If you’d suggested that kind of a turn around at the start of 2017, you might have had a lot of people laughing, but it’s clear that Nintendo’s strategy has fully paid off and that will no doubt continue to build in year two. So, how do you top a fast moving train?

Power can only get you so far, it’s all about the software from here on out. The One X desperately needs more first party exclusives, something Nintendo have learnt quick and smart following the poor support for the Wii U. That means digging deep to discover new talent, porting some big name PC games to join the likes of PUBG that can make the most of the hardware’s increased specs, and going back into the archives to reconfigure some old brands for a new age. Microsoft does have plenty of existing IP’s of their own that haven’t been relevant for some time, Crimson Skies and MechWarrior quickly come to mind that could also add some much needed variety to their lineup in the process, as could the currently planned Age of Empires sequel and a rumoured return of Fable.

Sea of Thieves, meanwhile, could be the biggest title to aid the cause, standing out from the crowd with its color and humor. It’s Rare hopefully back at their best, and that’s the kind of studio Microsoft needs to back in much the same way Nintendo supports the likes of Retro Studios and the Pokemon Company. Quality breeds respect, it’s something the older Rare fans will always remember, but of late the studio has been left aside and tasked with motion controlled sports games instead of clever new character designs. The fact that Sea of Thieves even exists is another positive step in the right direction.

Thankfully there’s also been some moves of late in the indie market, i.e. Cuphead, that reflect back on a time when the Xbox Live store was the place for big indie titles and creative new IP’s. The Switch is fast becoming a destination for smaller indie studios to port their PC releases across to, with an audience that’s mad keen for new content. A new approach to indie developers who may be keen to get the most out of the upgraded abilities of the One X would do wonders for the system, though it’s a tall ask given the smaller market share the console finds itself within compared to the Xbox 360 at its peak.

The Xbox One X deserves to have the right kind of support behind it and there’s a small window of opportunity that can be prised open for Microsoft to comfortably sit within and build upon for the next few years. The Switch is a powerhouse of a different kind, a console with such a unique pedigree that will continue to bring in big numbers and massive amounts of hype for some time to come, but it won’t entirely overshadow the Xbox. In the short term it’ll be a challenge, but with the right decisions and the best software to back them up, there’s still time to turn things around.