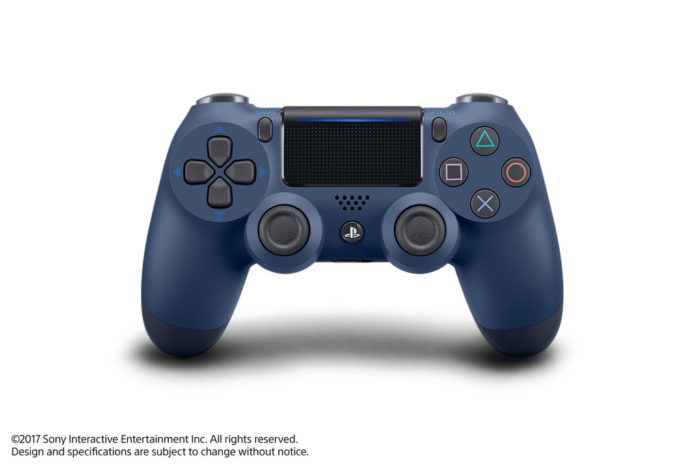 We’re happy to announce that two new stylish colors are joining the DualShock 4 wireless controller lineup in March. Midnight Blue for those that play games deep into the night, and Steel Black to match your finely crafted in-game metallic arsenal. Pick one of these up and add some extra style to your play.

If you collect unique PlayStation 4 controllers like the amazing anniversary edition that looks like a classic PlayStation version, you’re going to want to save some cash. The PlayStation Blog has just announced two new colors that will be added to the DualShock 4 wireless controller selection, and they’re pretty slick.

Starting this March, you’ll be able to pick up both the Midnight Blue and Steel Black controllers in both the U.S. and Canada for $64.99. There aren’t any special markings on the controllers this time around or anything super distinctive, but they’re pretty utilitarian colors that you can pick up for just about anyone as a gift, and they’re neutral enough to match setups you may have.

Midnight Blue and Steel Black controllers will be up for preorder at various retailers, so you may want to check the official announcement page for additional details as far as that goes, because you can bet they’ll probably go quick once they release.