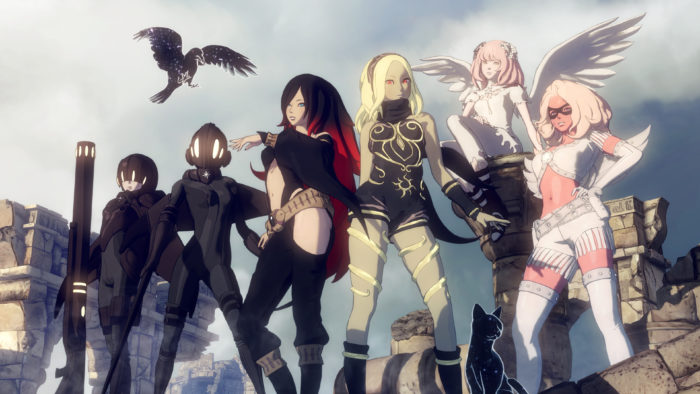 2017 was seen as a revival for a lot of Japanese games and series. Yakuza, Persona, NieR, and Resident Evil were some good standouts, just to name a few. But one curious little gem published by Sony got lost in all the uproar. And that was Gravity Rush 2.

For fans of the original game on the abandoned PS Vita, Gravity Rush 2 was supposed to be it. Fans understood that this was a special game, and its big budget sequel was supposed to usher the series into mainstream popularity and win the hearts of the masses. Unfortunately, that didn’t happen for a variety of reasons. Gravity Rush 2 is a very niche title, even by Japanese game standards. It’s not going to appeal to everyone. Furthermore, its gameplay issues from the original release seemed to be amplified here, which certainly didn’t do it any favors. The game was also pretty much a commercial failure.

Towards the end of 2017, Sony announced that they were going to shut down the game’s online servers. And on the game’s one-year anniversary, no less. Jeez. While Gravity Rush 2 is a predominantly single-player game, the shutting down of the servers sends out a very strong message to fans and other potential buyers. It’s clear that Sony sees the game as a failure, and it’s also a decent indicator that they may not support a potential sequel or a continuation of the franchise. It’s also a major blow to fans of the series, because while the fan base is pretty small, it’s also a passionate community that cares about getting their race scores on the leaderboards, and sharing treasure photos with other people online as they look for in-game rewards.

We’ll be the first to admit that Gravity Rush 2 has its flaws. In fact, it has flaws so bad it made us want to quit the game in frustration several times. These flaws range from poorly implemented stealth missions to uninspired and insipid side quest structures, along with the combat system which can become a pain to deal with when the camera gets out of control. Kat’s flow and movement has always been the main appeal of Gravity Rush; the concept of shifting your personal gravity so that you’re able to ‘fall’ in any direction is an interesting one. Instead of flying around like a traditional superhero, you’re falling in style. But when you mix that fluidity with a simplistic combat system that gets bogged down with multiple enemies coming at you from all angles, things get out of control very easily. All of a sudden, you’re getting pelted with projectiles you can’t see coming, you’re flying aimlessly through the air after missing an aerial kick, and it’s just a very uncomfortable experience overall.

Even so, Gravity Rush 2 is able to captivate its audience because of how good it is at redeeming itself. Each time the game sends you on an infuriating stealth mission, or tosses you into a combat encounter with more enemies than you can keep track of, or forces you to fight a boss while crippling Kat’s abilities, it always manages to turn things around. It could be something cute or snarky that Kat says, or it could be a magical girl moment where Kat and Raven team up together to kick some ass – Gravity Rush 2 has a way of melting hearts and convincing the player that this is a game worth sticking around for. Especially when you feel like you’re ready to snap your controller in half, the game turns around and presents you with a heartwarming scene of Kat being unceremoniously tossed onstage and forced to sing a song.

Convincing new players to try out Gravity Rush 2 is a tough sell because of all its gameplay flaws, but it’s important to recognize its shining qualities as well. As our editor-in-chief Ed McGlone aptly stated in our review of the game, Gravity Rush 2 stands out as a unique and vibrant gem in a world full of games that are often predictable, dark, and gritty. Project Siren’s game is a true labor of love that tells an epic and ambitious tale that spans both games before wrapping up in a satisfying and cathartic final act. It’s almost as if Gravity Rush 2 knows it’s forcing the player to power through all its flaws, and finds a way to make the payoff feel worth it in the end. In fact, it isn’t until the final act that the full weight of how special this game is truly starts to hit you.

Gravity Rush 2 is filled to the brim with charm and a bubbly cheerfulness, and it’s a game that isn’t afraid to get serious when it needs to either. It’s also a game that dares to be different and stand out from the rest of the pack, even if it might take a hit in sales because of that. Above all, it just feels important to be open to trying games that deviate from the norm in an attempt to do something creative or break the mold. Gravity Rush 2 has a lot of heart, and it offers a compelling story with equally likeable characters to carry it all the way through to the end. This is a game that deserves a chance because if we’re not willing to support creativity and risk in a competitive industry like this one, no one will.