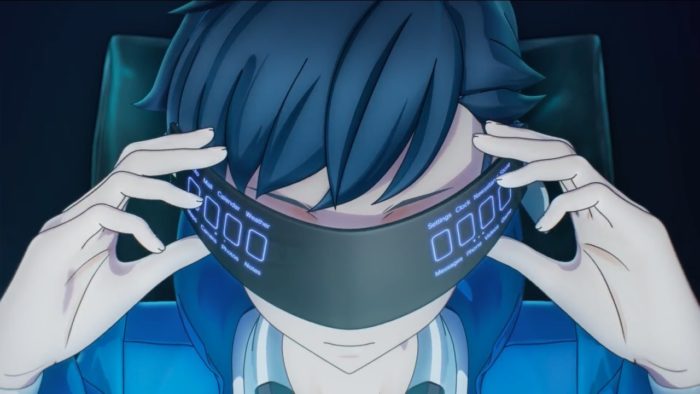 The first Digimon Story: Cyber Sleuth game was nothing short of a delightfully unexpected surprise that earned tons of brownie points for exceeding the relatively low expectations I had for it. My expectations were no reflection of how I felt about the Digimon franchise but rather my way of coming to terms with the simple reality that most turn-based monster-collecting JRPGs follow a formula that so rarely offers up big surprises.

Most of the time you just know what you’re going to get and asking for more is like asking your grandmother to change the recipe of a generations-old sweet potato pie. As much as you’d love to ask for a little extra sugar and spice, you also know you’re not going to get it and you’re still pretty happy with the original recipe anyway. If the first Digimon Story: Cyber Sleuth game was the age-old pie recipe that put a warm smile on your face, consider Digimon Story: Cyber Sleuth – Hacker’s Memory to be the result of your grandmother finally deciding to add just a tad more nutmeg and sugar to that same old recipe.

At first glance, Hacker’s Memory seems almost identical to its predecessor. So much so that when you first hop into the game, the only thing that assures you that this isn’t the exact same game is a menu that asks if you’d like to transfer any save data from the previous title. From the game’s recycled UI to the oddly catchy techno-pop music on repeat in the background, Hacker’s Memory wastes no time in trying to capitalize on familiarity. It brings players to a point in time they have visited before but with a new blank-faced protagonist and plenty of new Digimon. This is an approach to a sequel that comes with its own unique set of challenges, and this entry seems to have its fair share of both successes and failures in this arena.

Rather than selecting the gender of a brand new character who is being introduced to this futuristic world, players will fill the shoes of Keisuke Amazawa. Keisuke, much like our previous Digimon Story: Cyber Sleuth protagonist, is seeing his life dramatically impacted by the blurred lines between cyberspace and the physical world. In Keisuke’s case, his EDEN account has been stolen by hackers, which caused him to be accused of a crime he didn’t commit. Now he is joining up with a highly respected hacker squad in an effort to clear his name while also tackling the various challenges plaguing this new and mysterious digital space.

At the start of the game, the narrative seems to be pretty forced. In an effort to be deeply layered and complex, the story sometimes just feels convoluted and poorly thought out. The good news, however, is that the story arc doesn’t stay that way. Give it some time, be forgiving of minor pacing issues, and you’ll be rewarded with a narrative that finally starts to come together as long as you understand the events that took place in the previous game.

You will start to understand that while Keisuke is an underwhelming protagonist, he was actually meant to be that way. His lackluster presence allows the rest of the cast to shine. He is not meant to be the dramatically gifted hero. His purpose is to serve as the easily digestible common ground between two separate narratives taking place in the exact same world.

But once the charm of this new story starts to wear thin and the cameos from past characters are far less fascinating, Hacker’s Memory starts to expose its flaws. One of the unique challenges with this approach to a sequel is making the game still feel like a sequel despite taking place in the exact same place and at the exact same time. Hacker’s Memory takes players through an identical version of EDEN and even the so-called new spaces are just slightly remixed versions of the first game’s blue block aesthetic. Every now and then spaces will shake things up by recoloring the blocks, but once you’ve seen one area of EDEN you have essentially seen it all. This makes venturing around this digital space far less exciting after you have already poured a few hours into the game. Somehow both of these Digimon titles have managed to make the idea of an entire Internet world seem bland and repetitive — much like their gameplay.

Hacker’s Memory does actually feature a combat system that feels far more fine tuned. Small balancing changes are nice to see and the addition of the Dominion Battles mark an effort to make the combat feel fresh. Dominion Battles give combat a slightly new feel by actually pitting you against other hackers as you compete for control of a certain space. The battles themselves feel very much the same but essentially your objective to claim victory is varied a bit by focusing on a series of team battles rather than just one combat interaction. But what good are these balancing tweaks and new combat modes if victory is so easy to attain that you hardly have to consider what’s new? Unless you’re engaging in a boss battle you’ll find yourself easily making work of the other Digimon in your path. For this very reason, side quests start to feel too much like a chore. You understand you have to do them for the sake of raking in some more yen, grinding for your Digimon, or even just for the sake of enjoying lighthearted dialogue between characters, but overall there is a very small handful of these tasks that feel fulfilling upon completion.

By being so much of the same, Hacker’s Memory makes the same missteps of the previous title in terms of repetitive gameplay and a few missed opportunities to create a great story as opposed to a good, charming one. Where this game copies the shine of the previous title, however, is in its focus on the Digimon. Any Digimon game should still, at the end of the day, be all about the Digimon. Hacker’s Memory not only introduces new Digimon, but it ensures that our favorite digital creatures still look just as amazing as they did before. The battle animations and overall look of the Digimon in the game are eye catching and beautiful. Hacker’s Memory frequently makes great use of vivid colors, which allows the Digimon to really pop on screen. There are also new evolution paths to follow, which open up new ways to get to new Digimon. This won’t eliminate your need to dedicate some time to grinding and farming, but it will at least make all your hard work feel all the more worth it.

Digimon Story: Cyber Sleuth – Hacker’s Memory exists in an odd space where it feels difficult to call it a sequel but just as difficult to underestimate what it adds to the Digimon Story lineup. It feels so much like the original that even its few new additions like new Digimon and Dominion Battles start to slowly but surely feel less impactful over time. All the same charm, quirks, and missteps of the original game are captured all over again in Hacker’s Memory but for a full $59.99 price tag it just feels like this sequel could have, and should have, brought more to the table. But if you’ve completed the first game and feel like you still need more Digimon Story in your life, Hacker’s Memory will be an enjoyable journey. You just have to set your expectations to understand that this game is not for those who didn’t enjoy the first game and it’s also not for those who want to see the previous game dramatically elevated. It’s an option for those who were already happy with the sweet potato pie of the past but were always curious to see if that very same recipe could get just a little bit sweeter.