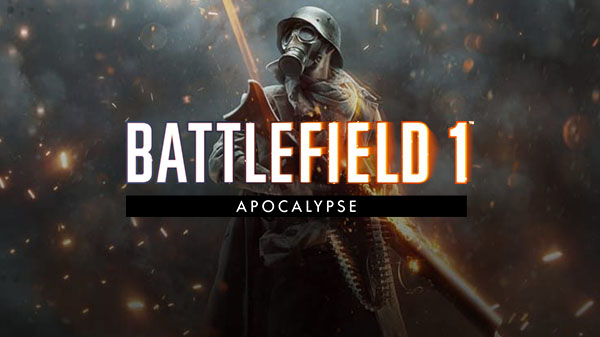 Battlefield 1’s fourth expansion Apocalypse is coming to PlayStation 4, Xbox One, and PC this February, and it looks like it’s going to bring a whole lot of good stuff with it. If you had shelved Battlefield 1 for a while to try out some other games for a bit, you may want to put it back into rotation.

Apocalypse brings new maps Passchendaele, Caporetto, River Somme, Razor’s Edge, and London Calling, as well as a set of new melee weapons like a meat cleaver or a prybar. That should change things up significantly in some pretty unique ways. But don’t worry, as there are new guns as well: the Chauchat-Ribeyrolles SMG and five other “unique” weapons are still to come as well.

In addition to new weapons, you can use the AA Rocket Gun for the Assault Class while in the heat of battle, as well as new aircraft such as the Hansa Brandenburg GI and the Airco DH10. They can be utilized in the new Air Assault game mode, and a variety of new Service and regular Assignments as well.

There’s more to come, too, and part of it can be seen below thanks to the official press release:

You can expect all this to drop in February for PC, PlayStation 4, and Xbox One. Better start practicing now!