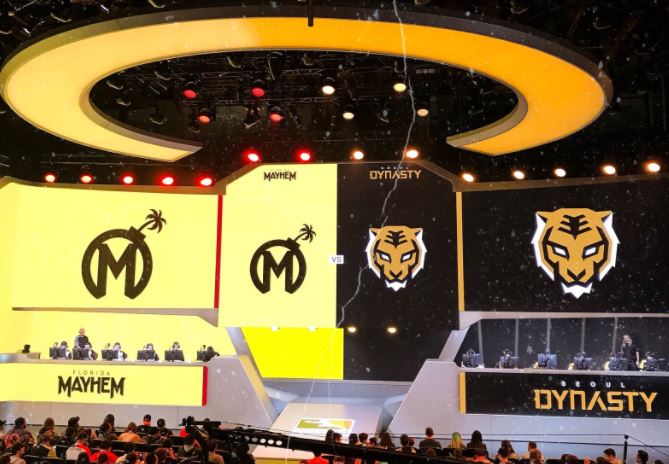 Whoever did the schedule for week 1 stage 1 of Overwatch League (OWL), take a bow, because it was awesome. Even games that didn’t look very competitive based on the score, were exciting. There were pleasant surprises with teams like Boston and Florida looking pretty good against a significant step up in competition in New York and London respectively. Also, there were thrilling games between evenly matched squads such as Dallas and Seoul and Philadelphia and Houston. The production value from a Twitch viewer’s perspective is sky high and the casting has been solid for the most part. Blizzard really could not have asked for a better start to OWL than what they got last week. Alas, they can’t all be like that. There are bound to be some days where the games just flat out suck, and yesterday was one of those days.

Let’s be clear, this is not a knock on the Overwatch League by any means. In any organized sport, or esport, there are some days where you can’t escape a bad matchup. The NFL has the challenge of having to put the Cleveland Browns against actual professional teams each week. And, up until very recently, the Philadelphia 76ers in the NBA have gone out of their way to lose as many games as possible as a strategy to get better. Unless you have perfect parity (nigh impossible of course), crappy games are unavoidable. It’s just that, after a perfect first week of games, yesterday’s duds felt like a splash of cold water, and a reminder that OWL is going to be a marathon of a season filled with peaks and valleys.

Last night, the Seoul Dynasty (#1 in our week 1 power rankings), smashed Florida Mayhem 4-0, and the Houston Outlaws did the same to the woeful looking Shanghai Dragons. There are a number of specific moments that you could choose from yesterday that perfectly highlight the difference in skill between the top and lower tier teams in the league. For example, Houston cruising through Shanghai’s defense on Junkertown virtually uncontested with the Dragons seemingly incapable of slowing down the Outlaws even for a moment was pretty bad. Shanghai made the offensive combination of Jake (Junkrat) and Rawkus (Bastion) look unstoppable, and then followed up that terrible turn with an even more pathetic showing on offense, where the Dragons couldn’t even move the payload halfway to the first checkpoint.

Florida looked a little better versus Seoul, and even though they got 4-0’d and fell to 0-3 on the season, they at least look like a team that can be competitive and potentially grab some wins off of the lower half of the league. That said, Seoul played with some of their subs for some of the match leading some to believe that the Dynasty were disrespecting Mayhem. Though if you’re the Dynasty, and you know you can beat Mayhem using some of your bench players, why not do so and get important subs that you want to keep sharp throughout the year some playing time.

Even uneven matchups like yesterday though have proven to be fun to watch, thanks to the star power that exists in the league. Watching Fleta is entertaining even in a rout. Maybe even especially so. That’s one of many things the Overwatch League has going for it. It can overcome days like yesterday. And plus, it’s worth mentioning that the third game in the slate between the Fusion and the Shock, was far more competitive.

Looking ahead, any time Shanghai plays against a team other than maybe Florida or San Francisco (the Shock), is going to be tough to take. Friday, Feb. 9 in particular looks like it might be pretty brutal with the Dragons up against the Valiant (LA), the Dynasty playing the Shock, and the Fuel versus the Gladiators (LA). All three of those matches have potential to be one-sided affairs.

At least though, as it is currently situated after week 1, you have to really dig into the schedule for terrible days with three games that all have zero juice to them. They exist, but they are outweighed by stacked days at the other end of the spectrum. Even this Friday, when the Dragons play Mayhem, it will be interesting to see who will get their first win and climb out of the Overwatch League’s cellar.

Other than at the tippy top, and the very bottom, the OWL appears to have a good amount of parity, and that should lead to entertaining matches almost each and every day it’s live. Hopefully.