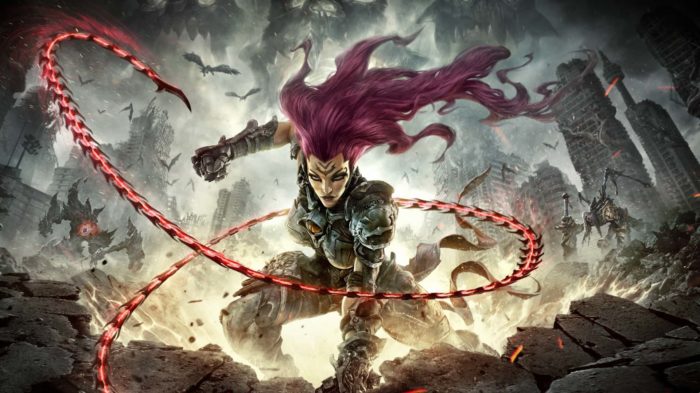 Just in case you forgot, Darksiders III is still on the docket, with a female protagonist this time around. IGN has released a new two-minute gameplay video demonstrating Fury herself taking on a big, mean “lava brute.”

It doesn’t particularly look like a very difficult enemy, and could be a mini-boss of sorts. Fury swings her powerful whip and cuts him down to size in the short clip before the video fades into the Darksiders III logo and 2018. Aside from the fact that Fury looks like a fusion between Cheetara and Team Rocket’s Jessie, the game looks pretty fun. There are obviously several elements that God of War fans and those who enjoyed the previous two Darksiders games will enjoy, and the whip mechanics look intriguing and well-animated.

If you’re looking forward to taking on the role of Fury, you can pick up Darksiders III for Xbox One, PlayStation 4, and PC next year, though there isn’t a concrete release date just yet. You can, however, check out the clip below, courtesy of IGN.