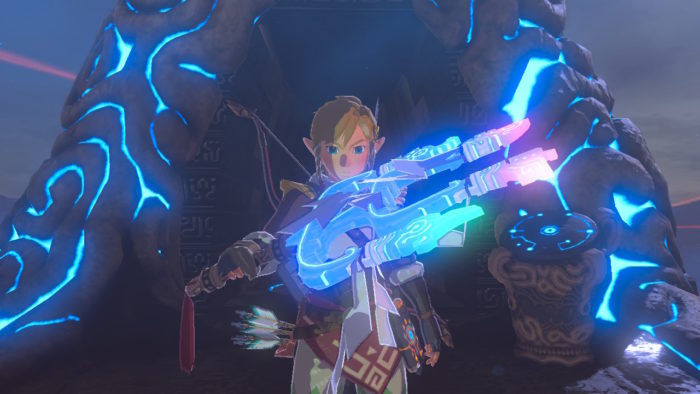 Nintendo’s been teasing the second DLC pack for The Legend of Zelda: Breath of the Wild for quite a while now, and the end result has been worth the wait. Titled “The Champions’ Ballad,” this new piece of content is the epitome of what made Breath of the Wild feel so magical when it released earlier this year. The base game prided itself on giving players absolute freedom in tackling its various shrine puzzles and facing down the toughest Guardian enemies. The shrines, however, were certainly Breath of the Wild’s standout feature. The fact that each was designed in such a way that allowed players to invent their own unique solutions was astonishing, and it made Breath of the Wild that much more engaging.

With The Champions’ Ballad, it’s clear that Nintendo designed the new shrines with end game players in mind. After all, the new content can only be accessed after you’ve cleared all four Divine Beasts, and when you’re well and ready to face Calamity Ganon. From the get-go, you’re tasked with returning to the Great Plateau, where Link receives the One-Hit Obliterator. As the name suggests, the weapon kills any enemy in one hit, but also reduces your health to a quarter of a heart when you wield it. The shrines themselves are insane and ridiculous in the best possible ways; Link gets dropped into a spike-filled death trap, a room full of lasers, large rolling balls, and more as you work your way through these environmental puzzles, dying a few times along the way (because of the whole quarter heart business) before finally figuring out the optimal path to that coveted Spirit Orb.

The 120 shrines available in the base game were of varying degrees of quality. Some featured well thought out puzzles that you could only solve by thinking out of the box, while others were a little less inspiring and more lackluster. Though you only get a small handful of new shrines in The Champions’ Ballad, they’re all so tightly designed, and they’re easily the best ones you’ll find in all of Hyrule.

After clearing out the new shrines on the Great Plateau, the game sends you off to different parts of the map, where you’ll be tasked with looking for clues to a new location while fighting monsters along the way. Thankfully, the One-Hit Obliterator also finally goes away, so players aren’t restricted to just a quarter of the heart anymore. If you’re making use of the fast travel feature, or if you’ve already scoured the entirety of Hyrule for secrets, this part of the DLC might feel a little dragged out. But for someone who’s still got so much left to discover in the world, and is unwilling to use fast travel for the sake of immersive role-playing, journeying through Hyrule on foot again after a few months felt inviting and exciting all over again.

Breath of the Wild’s open-world map is truly vast and dense, and my journey to the four different points of the world proved that once again. The cutscenes we got at each corner of the world were definitely worth the long trip, too; the DLC includes a few new cutscenes that help to flesh out the lore and backstory of the different champions. But as lovely and refreshing as it was to be able to learn more about the heroes that came before Link, the cutscenes also felt short, and ultimately left me wanting for more.

The Champions’ Ballad ends things off with a final, proper dungeon that feels far more intricate and involved than any of the four Divine Beasts Link conquered previously. Even navigating through the dungeon requires careful planning and a mastery of the area’s geography. Players will also have to employ a few other tricks along the way, too. Where the Divine Beasts in the base game often felt too similar to each other in terms of the puzzles, the dungeon in Champions’ Ballad shakes things up with a welcome change of pace.

At the end of it all, The Champions’ Ballad caps things off with a multi-phase boss fight and Link’s very own Divine Beast, the Master Cycle Zero. As frustrating as it is to not be able to access that kickass dirt bike at the start of the DLC so you could go traipsing all over Hyrule, it still serves as a very neat form of transportation for players who are still looking to uncover every shrine and secret in the game.

There is quite a bit of padding in the DLC, especially as you’re forced to fight the four Divine Beast bosses again with limited weaponry when traveling Hyrule, and that could be a potential turn-off for some players. But ultimately, it’s a small price to pay for the rest of the wonderful shrines and dungeon you’re getting in The Champions’ Ballad. Even if Nintendo chooses not to release any more new story content for the game, this is most definitely a great way to end an epic adventure in Breath of the Wild.