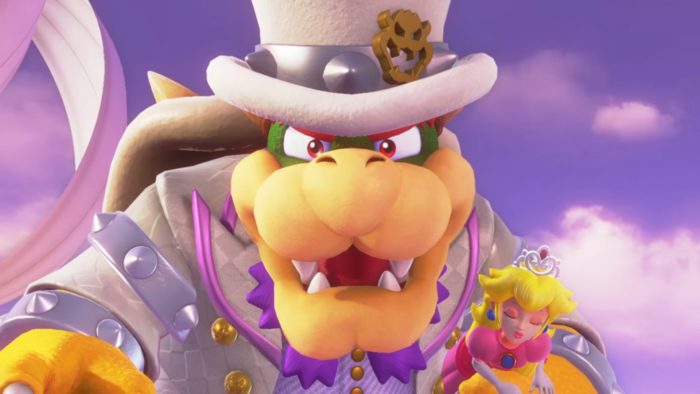 This article contains light spoilers about some of 2017’s most popular games (and some old ones too). If you don’t want to be spoiled at all, don’t read on.

In storytelling, there is perhaps no character more important than the villain. Certainly, the protagonist is the lead role, the one through whom the audience experiences the tale, but without a compelling antagonist, we’re left feeling underwhelmed.

A tedious hero can be masked by the enormity of the task before them, but the same is rarely said of a boring villain. They are the final act, the height of drama – their presence must result in a gratifying confrontation, wherein seemingly insurmountable odds are overcome.

Gaming has yielded an embarrassment of riches in this sense; our recent look at the most iconic villains of all-time was a veritable tapestry of character types: from the menacing to the comically inept, and everywhere in-between.

One crucial element of the ideal villain is their motivation. A popular characterization is that of someone who ‘does the wrong things for the right reasons’, and it is this level of sympathy that lends credibility to their actions. Other than a very select few exceptions, a villain who does evil things simply because they are evil are incredibly mundane. If they don’t have a motivation to act, what is our motivation to care? Even the most deranged justifications add a layer of intrigue to a character.

Take Final Fantasy VII’s Sephiroth, for example. His is a descent into insanity, devastated by the discovery of his true origins and the wickedness of the Shinra Corporation that created him. He is driven by his obsession with Jenova, and distances himself from humanity, gradually filling the emptiness in his soul with animus, and even a sick satisfaction for the suffering of others. The mortal plane means nothing to him, as he views himself above it.

Conversely, Kefka Palazzo, his predecessor in Final Fantasy VI and greatest rival in the series’ pecking order, possesses his own twisted ambitions. He toes the line dangerously of the ‘evil for the sake of evil’ trope, but justifies this with a genuine contempt for weakness and mercy. It is in his lunacy that we find him captivating, even hypnotic.

One acts out of inducement, the other out of impulse. Either way, you get why they’re committing deeds of wickedness.

The antithesis of this comes in the form of a different Square villain from the past; Super Mario RPG’s Smithy. With his army of cronies, Smithy seeks to rid the world of wishes. Sounds appropriately malevolent, but what’s his angle? He wants to fill the world with weapons. That’s about all we get on that front – he aspires to mass-produce artillery for reasons that are never made evident. It could be that he intends to profit off of this decision, or he just happens to really fancy cannons, it’s anyone’s guess, really. Further, how do wishes impede these desires in any way? Is his vision of utopia not a wish in and of itself? Mario games rarely mull over the finer details of the storyline, but the payoff in an RPG should have a little bit more on offer than that.

Frequently, greed is the main motivating factor, and when applied correctly, can yield appropriately detestable villains. For many, it is a lust for power: Devil May Cry’s Vergil possesses the same genetic makeup as his brother, Dante, but their contrasting views on the world send them in opposite directions. Whereas Dante abhors his demonic heritage, Vergil embraces it, envelopes himself within it, for he sees it as his pathway to ultimate strength. Liquid Snake of Metal Gear Solid seeks this same power, however he is physically inferior to his twin brother, Solid Snake. Consumed with jealousy, Liquid longs to surpass his sibling, living his whole life under the pretense that he was created to be inferior.

Fast forward to today, standing on the precipice of another new year, and leaving us to reflect on the antagonists offered in 2017. How did they fare on the grand scale? Were they significant, or did they fall flat?

Many staples returned to the fray, some largely unchanged from the norm, others nigh unrecognizable. Nintendo’s two biggest baddies, Bowser and Ganon, added another chapter to their dossiers of evil, though they took very different approaches. Bowser, as always, was a means to an end, attempting to force an unwanted elopement upon Peach. His goofball antics and minacious countenance were familiar and fun – typical fare for a Mario title.

His counterpart, Ganon, had evolved into more of a boogeyman in Breath of the Wild, looking much like a nightmarish, deformed creature from Silent Hill. Each corrupted dungeon and sub-boss represented a fragment of his malice, a visible blight upon the landscape. His update was symbolic of the shift Breath of the Wild took from conventional Zelda games: things that you knew, but different, almost perverse in a way. In the final battle, he eventually morphs into his more conventional boar-like form, but the impactful visage of Calamity Ganon carries more weight and resonance.

Resident Evil 7 introduced us to Eveline, and though she was a fascinating and horrifying villain that suited the thematic elements of the franchise, her inception was symptomatic of other antagonists in the series; why, exactly, would anyone think that creating an unstable bioweapon – one with a free will that was capable of rapidly infecting an entire population – was a good idea to begin with? Albert Wesker’s demented logic has always been up for question, but NEXBAS’ gambit seemed to be on another level. Further, transporting her on something as susceptible to disaster as a ship? During an apparent hurricane season, no less? It sounds like a lot of ‘convenient inconveniences’ occurred to unleash Eveline on the world.

Ultimately, 2017 provided many memorable titles, but few standouts on the villainous front. Horizon Zero Dawn’s Helis proved a more riveting foe than the artificial intelligence HADES, but was a touch underutilized, and met his demise before he could really make his mark. Prey’s Mother, a grotesque alien queen, wasn’t particularly unique, while the real-life Edward Kelley was perhaps more interesting than his digital counterpart in Nioh. Despite their flaws however, these villains played their parts in crafting a truly wonderful year in gaming. They may not quite stand the test of time, but they held their own, at least.

Feel free to raise your glass now, in tribute to your favorite evildoer in gaming this year, whether it’s the heinous Frau Engel, or Dr. Eggman’s mysterious henchman Infinite (we’re sure he has fans out there somewhere). Whatever their motivation, whatever their misdeeds, it’s their immutable ability to be bad, that makes gaming feel so very good.