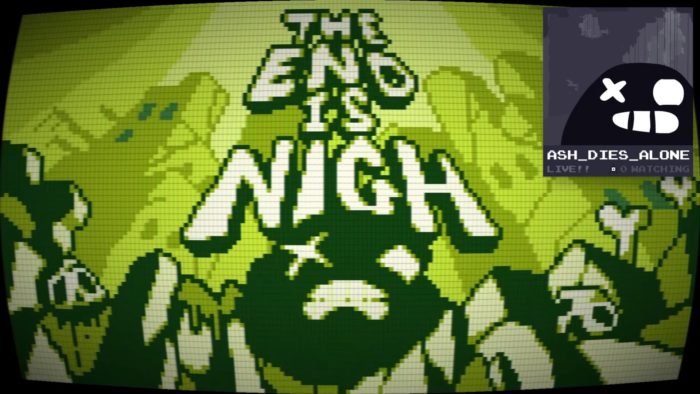 Edmund McMillen, the mind behind The Binding of Isaac and Super Meat Boy, has officially confirmed the release date of his latest creation for the Nintendo Switch.

The End is Nigh tells the twisted tale of Ash who, not unlike Meat Boy before him, must traverse a series of deadly platforms, projectiles and traps in an attempt to make a friend out of pieces of people he finds along the way. Following its release on Steam back in July, the game has continued in the McMillen tradition of telling weird, freaky stories with increasingly difficult level designs. There’s over 600 levels across the post-apocalyptic setting, with some hidden mini games stashed away for good measure.

The End is Nigh will make its Nintendo Switch debut on Dec. 12th, joining the Binding of Isaac on the hybrid console. McMillen announced the release date via Twitter, where he’s also been sharing some details on his next title, the match 4 puzzler The Legend of Bum-bo, which looks just as strange as you would expect. Ash’s adventure, meanwhile, is also expected to venture out to the PS4 some time soon.

McMillen’s original creation, Meat Boy, will also be making a welcome return across all platforms with Super Meat Boy Forever in 2018.