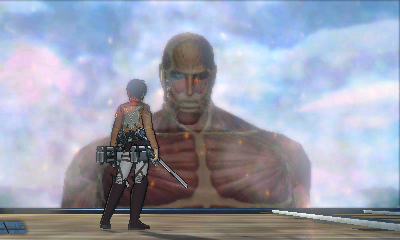 If you were looking forward to the release of Attack on Titan 2: Future Coordinates, there is a new announcement that features an unlikely crossover. Attack on Titan will be teaming up with the popular Danganronpa to bring a familiar character to the game.

In a trailer released by Spike Chunsoft, which is included below, players can get a look at some gameplay footage showing off Monokuma, who is the infamous teddy bear face of the Danganronpa franchise. Special missions will pit players against Titan-sized versions of Monokuma that will range from 3 meters all the way up to 60 meters tall.

In addition to fighting against Monokuma, if you complete all the missions he is featured in, you will unlock an additional prize. A Monokuma costume will be made available to equip to the player’s character so you can continue taking down Titans in style.

Don’t know much about Attack on Titan 2: Future Coordinates? It is the sequel to Attack on Titan: Humanity in Chains. It is an action RPG that brings the anime world of AoT to life in video game form.

Attack on Titan: Future Coordinates is set to release in Japan on Nov. 30. There is currently no date for a release in the United States.

The title will be playable on Nintendo’s family of 3DS consoles.