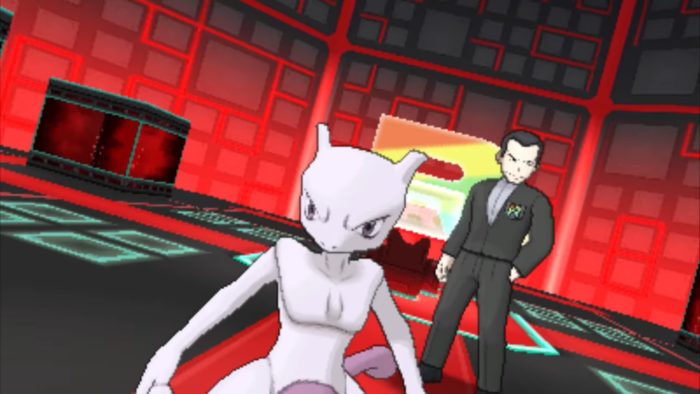 Pokemon Ultra Sun and Ultra Moon are only a few weeks away and Nintendo is rolling out more details about the game. They recently released a new trailer highlighting some interesting tidbits and other features.

First off, there’s a new criminal organization calling the shots known as Team Rainbow Rocket. Interestingly enough, the members comprise of all the past villains from the series, ranging from Maxie, Archie, Cyrus, Ghestis, Lysandre, and Giovanni. Who knows what kinds of trouble they’re brewing in Alola.

There’s also a new arena called the Battle Agency where players “rent powerful Pokemon and battle one-on-one.” Pokemon Ultra Sun and Ultra Moon also introduce collectible Totem Stickers that are hidden throughout each island. Search for them outside buildings and walls to unlock totem-sized Pokemon.

The Island Scan mechanic also returns with more Pokemon this time around. Similarly, you can find other legendary Pokemon like Mewtwo, Rayquaza, and Palkia beyond the various Ultra Wormholes. With this, you can finally build your dream team consisting of legendary Pokemon from the series.

Pokemon Ultra Sun and Ultra Moon are slated to release this Nov. 17 for the Nintendo 3DS. This will also be the last core Pokemon RPG on the said system. Watch the trailer below to learn more: