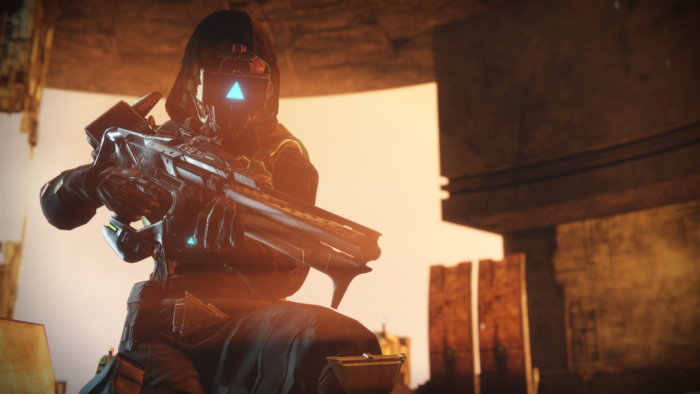 Yesterday, the picture started to become clearer on what Destiny 2: Curse of Osiris is going to be. We got a taste of the story and saw what the plans for raid content are. We can spend a whole article discussing the choice to stay in the Leviathan rather than have a raid on or around Mercury (in fact we will spend a whole article on it soon enough), but honestly, that decision isn’t going to affect Destiny 2’s long-term success as much as some might think.

Longtime Destiny players know the drill by now with these expansions. Until we see Bungie do something different, even without them spilling all the beans yet, we can more or less figure out what the expansion/DLCs will look like: two mini-expansions with a storyline, some new equipment, a few new strikes and some other events specific to Destiny 2, and finally something end-game/raid related. Previously, for the most part, it has been a raid (a brand new one), except for the one time with House of Wolves where fans got the Prison of Elders instead. With Curse of Osiris we’re getting a mini-raid remix of sorts, which is also something different.

The expansions serve mostly to bring players back into the fold who have drifted away and reward loyal players with something new to do. However, aside from checking off the box “I want more stuff to do, and new things to see”, Destiny’s expansions don’t really attack problems that arise from player feedback.

Expansions are designed far out in advance and aren’t equipped to handle the latest issues facing the game. Especially in this case, with Curse of Osiris coming out only a few months after Destiny 2’s launch. We don’t know the exact time frame of Curse of Osiris’ development, but we’re confident it didn’t start after Sept 6. Even if it that was the case, that still wouldn’t be recent enough to start tackling player feedback about the game, which really didn’t start popping up until after players got settled into the game’s endgame by mid-September.

That’s perfectly OK and understandable, and here we arrive at the point. If you’re looking to Curse of Osiris for answers to issues like Strikes not being rewarding enough or ease of which gear is obtained, then you’re going to be disappointed. What you really should be doing is (nicely) bugging Destiny 2’s live team and getting your personal problems onto their radar.

We learned this the hard way during a recent Q&A with two major leaders/designers of the Curse of Osiris development team. While the reporters there had lots to ask about Curse of Osiris content specifically, many also wanted answers about re-balancing the Crucible, making less than stellar exotics stand out more etc. When we asked those questions, though, we were told to direct those queries to the live team, as they handle that side of development. The Curse of Osiris team is responsible for telling a new story and providing experiences in new locales, not to fix what’s going on in the day-to-day. Sure, there is communication going on between the two, but they have different focuses.

Instead of getting excited for Curse of Osiris, fine-tune your hype for Season 2 specifically. If the live team is going to do any major sprucing up of the game, it’s likely going to be for the start of Destiny 2’s second season.

Destiny 2 is an excellent game, and way better at launch than vanilla Destiny 1 was. That said, it’s not free of glaring issues. We identified six back in late September, and despite some small tweaks here and there, our opinion on those issues more or less remains the same.

So sure, Curse of Osiris may offer a brief burst of life for people that are simply looking forward to a new story (Osiris is an excellent character from the lore to drop anchor on) and to do their usual Destiny 2 stuff in an exciting and gorgeous new world. However, the jury is still out on whether or not all of the new areas and content will be properly supported by swift problem solving from the live team. If they have been holding out for a massive Season 2 patch, I imagine many can probably live with that. If not, though, and the same issues persist into 2018, the shine of pretty new zones from Curse of Osiris will only last for so long before we’re kicking this tire around again.