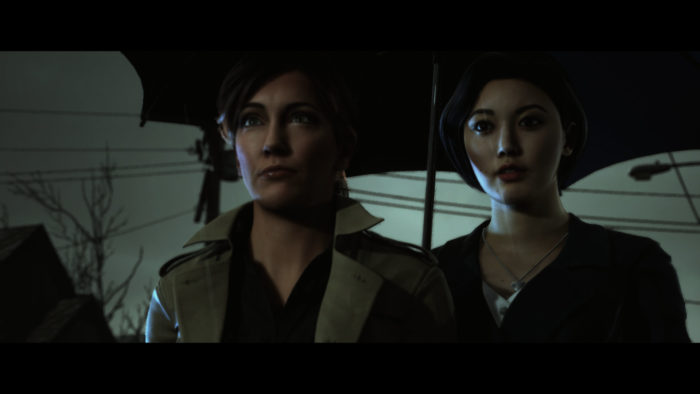 It’s a bit of a challenge trying to review Hidden Agenda because it’s essentially two different styles of game crammed into one package. Playing the game one way means you’re ignoring another crucial aspect of it, and there’s simply no getting around that.

With the launch of Sony’s brand new PlayLink feature, Hidden Agenda is the headlining title for this little party game mechanic, and Supermassive Games has certainly built a fun and entertaining experience around it. It’s a streamlined cinematic story, and I mean streamlined. The game strips away all of the unnecessary filler, including the ability to control your character and move them around. The game is literally an interactive movie that pauses during key moments where the player has to make a crucial decision – scope out the perimeter or bust in the front door guns blazing, tell your boss you’re fine or let him know you have a heavy conscience? Things like that. But you all already know what to expect from a typical narrative adventure.

Hidden Agenda has a trump card, an ace in the hole to make this style of game even more thrilling and exciting, and it’s hidden away in Sony’s PlayLink mechanic. Playing the game requires you to download the free companion app on your phone or tablet, and if you have up to five other friends ready to play with you, your whole group can work together to solve the mystery together. The game offers up two play modes: Story mode and Competitive mode. As the name suggests, Story mode is a more relaxed experience where all players just go through the story, make decisions together, and try to figure out whodunnit.

On the flip side, Competitive mode has players actively trying to work against each other. At the start of each chapter, a random player is given an Agenda card, which tasks them with carrying out a specific objective within that chapter. The catch is that you have to fulfill your goal in secret, and the other players have to try to find out who the Agenda player is and what their goals are. Because the game always follows the majority decisions at key points in the story, the Agenda player has to try to convince the group to vote one way or the other. If your persuasion skills aren’t quite enough to get the job done, you can play a Takeover card to completely hijack the decision and vote your way, Saboteur-style. 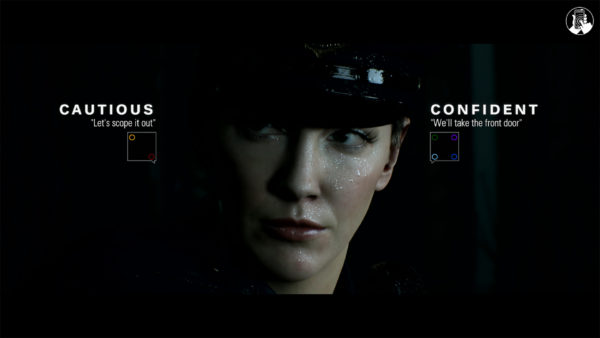 Oh, but the drama doesn’t end there. Playing a Takeover card is a very suspicious move in and of itself, and another player can quickly play one of their own cards to wrestle back control of the situation. Your best bet as an Agenda player would be to try to be a sneaky sneakerson and manipulate your own friends into voting the way you want them to. It’s like playing Resistance in video game form, or a less intense version of Survivor, where you have to use your own wits and charm to sway the majority vote without coming off as a suspicious mastermind. The element of competition continues on in brief segments where players will have to try and find clues in an area to earn more Takeover cards. After all, the more cards you amass, the more control you have.

Hidden Agenda is absolutely fantastic as a party game, but it does detract from the story and narrative experience. The game follows the adventure of Detective Becky Marnie, who was hailed as the rookie beat cop who arrested the Trapper, a serial killer who used his victims to set up lethal traps for the police. Five years later, he’s been sentenced to death, except now he’s saying he isn’t actually the Trapper. The real culprit is still out there, and he doesn’t want to die for a crime he’s not entirely responsible for. The story is a police drama revolving around Becky’s reopened investigation and questions about her murky past. The game doesn’t really go all-out with the violence like Until Dawn did. Hidden Agenda is more about managing Becky’s personal relationships with her colleagues and the sharp District Attorney Felicity Graves.

But because the Agenda objectives given out each chapter are completely random each time, and because players will be too focused on figuring out who the sneaky player is, it’s very easy to derail the story. Some objectives make absolutely no sense in the context of the game, and it becomes difficult to enjoy the mystery and tension of the plot when you’re constantly stealing glances at your fellow players, trying to see if anyone’s looking a bit too antsy. But if you play the game in Story mode, then what’s the point of having the PlayLink feature at all? Without the mind game trickery that comes with the Competitive mode, there’s little sense in connecting multiple players to the game since everyone’s going to be working together anyway. At that point, you might as well just play it solo while having your friends give their input on what’s going on in the story.

And that brings up yet another slight wrinkle in the formula. Even if you choose to play it as a single-player game, you’re still forced to use the companion app on your phone. The gameplay in Hidden Agenda is very slight, usually only requiring you to move your finger on your touchscreen to direct the cursor on your TV screen. But there are quick-time events (QTEs) that require you to be fast and reflexive, and in my experience, the touchscreen cursor controls weren’t always responsive enough to help you pass a QTE reliably. It’s not too bad when you’re playing with other people, as only one player needs to pass the QTE test in order to progress, but if you’re hoping to enjoy the story alone, this could be an issue. When I played through the game solo during my second go-around, I missed one QTE near the end of the game and was immediately rewarded with a bad ending. Considering that the game doesn’t offer any Chapter Select function, this means that you’ll have to replay the game to try different choices and go for a better ending. 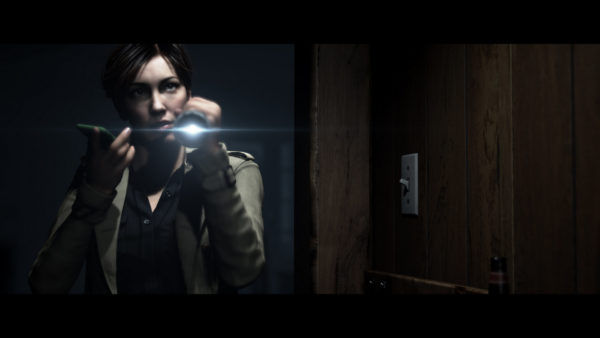 The good news is that Hidden Agenda’s run time is supremely short, and one playthrough should only take you around a couple of hours. But still, having to restart the game just because I missed one QTE at the end of the game due to non-responsive controls is a major turn-off. Being able to play with the DualShock 4 when going through the game solo would’ve been a very welcome addition, but it’s not an option. Despite my annoyance with the game’s rigidity, though, replaying the game ended up being a rather enjoyable experience just because of how many different options and paths you could take. Yes, it sucks that you can’t just replay a specific chapter, but with how much freedom you have in shaping the characters and story, you can’t stay mad at the game for too long.

It’s difficult not to like Hidden Agenda. Despite the small size of the game, Supermassive has done a great job with the title. The character models are well-animated for the most part, with a few awkward animations here and there, and everyone looks eerily photorealistic. As we’ve come to expect from the talented developers, the voice acting and direction is on point, and you can tell that a lot of effort went into the crafting of the game’s most decrepit and derelict environments. The story itself is a well-written police thriller, and with its multiple endings and branching paths, you’ll always be tempted to play it over again to see how you can shake up the outcome.

Even after finding out who the true culprit is at the end of your first playthrough, Hidden Agenda makes it challenging for players to collect all the clues and gain a complete picture of what really happened in one go. There are so many things you can do differently over the course of the story, and the game has incredible replay value. And should you ever get tired of replaying the same mystery, you could always invite a few friends over for an intense night of distrust and suspicion. Hidden Agenda is a great narrative adventure that is ultimately held back by PlayLink, but the ability to trick your friends and have a good time while going through a fun murder story makes up for that.