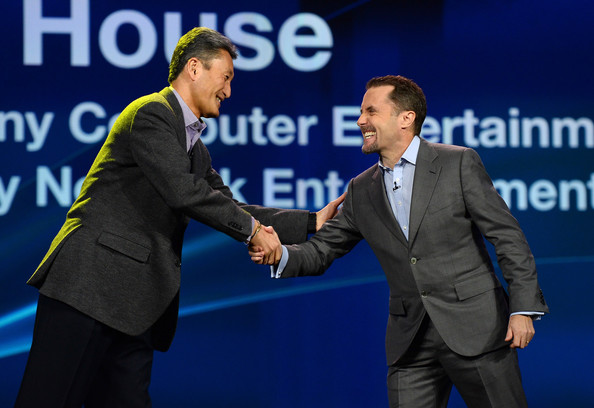 Andrew House has led the PlayStation brand through arguably the most dominant period of its history. Having taken over from Jack Tretton after the hugely successful launch of the PS4, he wasted no time resting on the laurels of that inheritance, driving toward improving the brand’s reputation in North America and utterly sealing Sony’s number one spot in the market. Little wonder, then, this week’s announcement that he will be stepping down as CEO and President of SIE has caught the gaming industry off guard.

The thought of House’s absence ahead of a year that promises to be the biggest in the console’s history is a strange one, and his sudden abdication strikes an emotional chord among longtime PlayStation fans. After all, he’s far more than just a familiar face — House is one of the original PlayStation men. Together with some of Sony’s most instrumental personalities of the early nineties, such as Olaf Olafsson, Ken Kutaragi, Norio Ohga, and the still-at-PlayStation and hugely popular, Shuhei Yoshida, he has been with PlayStation since its inception. A CEO that lived and breathed the brand, fans would have expected House to see-out the console that he’s steered so competently, at least over the potentially triumphant next twelve months.

In steps his replacement, John Kodera: a long-serving Sony executive but not necessarily a recognizable personality to console owners. His resume, as it turns out, is far more closely aligned to Sony than it is to PlayStation, and his area of expertise centered around networks and services, such as PlayStation Now, rather than hardware and gaming. And in an industry in which the importance of physical media and the longevity of console hardware is a hotly debated topic, Kodera’s appointment might well have some console owners feeling uncomfortable.

Yet there’s plenty of reasons to allay concerns that Kodera’s leadership will have little immediate bearing on PS4’s continued success. For a start, House will remain as a Chairman for a year, helping to guide Kodera during this period of transition, which is a partnership that both men are familiar with. As Deputy CEO since 2013, Kodera has “been responsible for the company’s overall business strategy and product planning,” meaning that he has been heavily involved in orchestrating SIE’s outstanding recent successes, and his vision for the console is likely either closely aligned or strongly influenced by House’s.

Indeed, Kodera’s experience in strategic planning is perhaps a less headline-grabbing but possibly more telling resume detail than his interests in network services. Kodera is clearly a diligent, highly respected executive with strong leadership skills, but he also knows the business intimately and has been a central cog in its recent prosperity. So while House’s departure marks a management shake-up, Kodera won’t be rocking the boat — 2018 is already written, with big exclusive games looking to further cement the PS4’s status as the leading console of its generation. Beyond that, the final years of its life cycle are likely already planned too. If Kodera has visions of cloud-based gaming and a greater emphasis on network services, any actioned strategy on PS4 will be ancillary to the consoles design and immediate future.

Fundamental principles relating to those forward-thinking concepts will have to wait for PS5, which may well see Kodera push to incorporate more streamlined, network-oriented functionality to the console. The potential of cloud-based gaming is apparent, with many analysts bullish that it is the future of gaming, so Kodera’s appointment is perhaps in preparation for Sony to compete in that space. Another key battleground for Sony will also be the transitional phase between PS4 and PS5, specifically, how best to continue steady revenue during this time. Kodera’s efforts to add music and television services to PlayStation has clearly impressed President Hirai, who said: “With the significance of network services increasing across the entire Sony Group, I believe that John is ideally equipped to build on the foundations Andy has left in place”.

Ultimately, while Kodera’s appointment may well allude to a future in which cloud-based gaming and network services play a greater role in console design, that won’t be realized for some time yet. Even if his intentions are to institute that as core principle moving forward, those contributions won’t play any role in unsettling the established PS4 roadmap. The future of the console is sure to have been forecasted even beyond next year, and Kodera’s initial time at the helm will be more concerned with successfully executing a pre-planned strategy with guidance from House. It is what comes after, years from now, that is an unknown space and one that could see Kodera draw on his experiences with networks and steer the brand toward a new and exciting cloud-based space. Perhaps, he’s exactly the sort of inventive and forward-thinking man that Sony considers PlayStation will need in order to cement the brand as number one in the next generation.