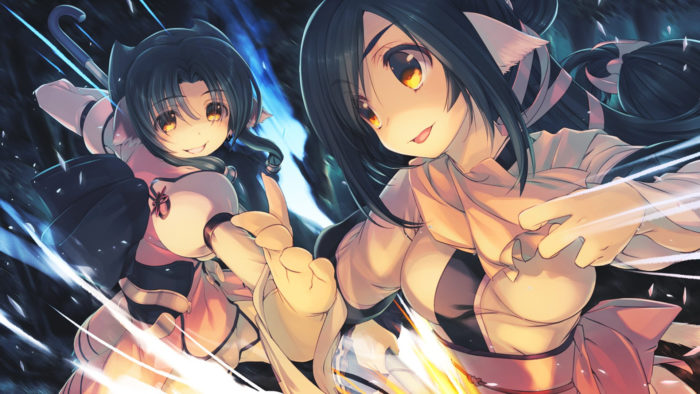 Utawarerumono: Mask of Truth on PS4

It’s only been a few months since Utawarerumono: Mask of Deception finally landed in the US, bringing with it a collection of colorful characters that just never seemed to become fully developed, a story that seemed bogged down by an excessive amount of “fluffy” content that distracted from an otherwise interesting plot, and a SRPG combat system that was solid but incredibly underutilized. The journey that began with Haku awaking without a trace of his memory continues with Utawarerumono: Mask of Truth, which brilliantly seems to shake off many of the blunders that plagued its predecessor. In all fairness, Utawarerumono: Mask of Truth has the advantage of picking up during a far more climactic part of story where war is looming over the horizon and the vast majority of the cast has already had their origin stories explored in the first title. This ultimately gives Mask of Truth far more opportunities to highlight some of the strongest points of this visual novel/SRPG hybrid.

The narrative that stretches over the course of Utawarerumono: Mask of Deception and Utawarerumono: Mask of Truth is convoluted and, quite frankly, a bit absurd. But this isn’t a series that is aiming for realism or believability. This is a story far more concerned with plot twists, epic battles, exploring character relationships and underscoring the overall grandeur of a conflict that involves so many massive personalities with exceptional power (whether that power be physical, intellectual or political). Finding a way to explore character relationships and showcase different personalities without an ever-present source of conflict proved to be too tall of an order for Utawarerumono: Mask of Deception. Mask of Truth, however, has plenty of feuds and secrets to drive the narrative forward in a way that feels far more meaningful than what we saw in the past. This is particularly obvious when it comes to the way certain characters are further developed.

Characters like Atuy and Nosuri are given new levels of depth that make these heroines feel a bit less like your usual overused anime tropes and a bit more like well thought out characters struggling to deal with a particularly trying set of circumstances building around them. The bold women who were once little more than “the hopeless romantic that fights for fun” and “the one that likes to drink and gamble” become far more complicated versions of themselves. So many cast members that felt “almost there” in the first game now feel completed, fascinating and relatable. This marks the first of many welcomed surprises that are sprinkled throughout Mask of Truth—in terms of both storytelling and gameplay.

The biggest gameplay change that is almost immediately obvious in Mask of Truth is the simple fact that there’s a lot more of it than there used to be. While the previous game did feature opportunities for free battles there weren’t many chances for players to get their feel of the game’s combat system. While the game is, first and foremost, a visual novel, it still felt like a shame that a combat system this good was being tacked on the backend of the game in a way that made it feel like an afterthought. Mask of Truth corrects that mistake while also making vast improvements on the mechanics themselves. The battle sequences are far more frequent in this game and they are pleasantly more involved. In addition to the usual mechanics of keeping up with elemental advantages and range of different attacks, Mask of Truth requires players to practice perfect timing if they hope to land critical hits while also chaining longer attack strings together.

This addition gives players more control over just how much damage they will be able to deal out to powerful enemies. Your biggest challenge with these timing sequences, however, will be trying to focus on the circle that you’re trying to keep track of. While your priority should be watching a ring shrink in size until it reaches a small dot in the center or watching a larger ring slowly fill up in a clockwise motion as you attempt to hit X just as it reaches the 12 o’clock position, your eyes will often struggle to remain fixed on this. While the combat features some interesting and fun animations, there are a lot of cringeworthy and buggy moments too. Prepare to watch Ougi’s blade float in mid-air whenever he’s battling a shorter character, when the blade is really supposed to be sticking out of his opponent’s body. It all could use some fine-tuning, but still, it’s not enough to ruin the gameplay for you.

But in the midst of a beautiful soundtrack, decent visuals and an absolutely compelling conclusion to this story, there are still moments where Mask of Truth brings back the same ugly blemishes of its predecessor. Mask of Truth still tends to draw out some scenes and dialogue that don’t feel necessary or entertaining. Granted there may be far less of this in Mask of Truth but there are still far too many moments where you just want to rapidly push X until the game decides to find its way back to the point. The game is already long, and several hours could have been shaved off by eliminating scenes that fail to develop characters, advance the plot, provide comical relief or serve any other real purpose. Even worse is the fact that these drawn out scenes tend to give you enough time to become somewhat detached from the story as a whole until the game finally picks back up again.

It’s also rather unfortunate that you never make meaningful choices throughout this visual novel. At certain points the game will pause to ask you where you would like to go next. Whether you choose to spend time walking through the hallways or visit another character’s room, it all will get you to the exact same place. More often than not these options simply trigger the very scenes that end up feeling like a complete waste of time.

Ultimately, Utawarerumono: Mask of Truth provides a wonderful conclusion to a story that always had the potential to be this darn good. While the game is still just about as niche as it comes, its true potential has finally been unearthed. Mask of Truth utilizes its soundtrack to control your emotions, undoubtedly pulling a few tears and laughs from you along the way that will help you overlook the fact that the visuals just don’t seem fitting for current generation consoles. Familiar faces receive new levels of depth that make you feel like you’re getting to know them in a way you never had the chance to in Mask of Deception. Combining better storytelling techniques with an improved combat system that has now received the attention it always deserved makes Mask of Truth a sequel that has far more appeal than the previous title.

If you found yourself anxiously tapping your foot through Mask of Deception and continuing on only because you already invested far too much time into it to back out now, I encourage you to give Mask of Truth a try. While the story may take a bit of time to really get going, once it gets there it will grab a hold of your attention and refuse to let go. It is, ultimately, what the Utawarerumono series could have (and should have) been from the very start.