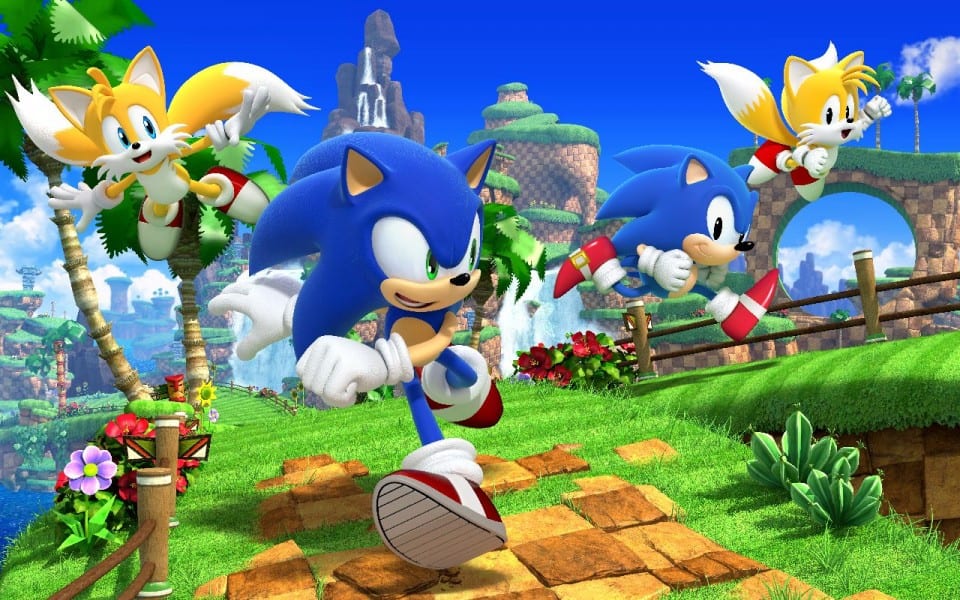 Coupled with Sonic Colors for the Wii, Sonic Generations really kicked off the new era of good Sonic the Hedgehog games which of course culminated recently into the fantastic return to form that was Sonic Mania. Considering how well received the first was, it would be quite surprising if Sega never decided to tackle a Sonic Generations 2. Even if that’s the case and Sonic Generations 2 or something similar never releases, running down what iconic zones we want to see given the classic/modern treatment is fun regardless considering returning zones seems to be a staple feature nowadays. So here are our picks for what would make for a great Sonic Generations 2. Let’s start with the Classic Era games.

Outside of Green Hill Zone, Starlight Zone is arguably the most beloved/memorable zone for hardcore Sonic fans. Why? Because it followed the hellishly difficult Labyrinth Zone and by comparison, was a cakewalk. It was light on difficulty and featured a lovely musical score and a calming starry aesthetic. Because of its ease, despite being one of the last zones in Sonic 1, it would make for a great starting zone too, mixing up the formula of starting with something “green”.

Starlight Zone would be a feast for the eyes especially with Modern Sonic. Simple would be better in this case though. For this one, just let us nod our head to the music, and boost around its iconic green platforms that are enveloped by the star lit sky.

Every Sonic game needs at least one water level right? Aquatic Ruin Zone would fit the bill perfectly. This is a zone that developers could get really creative with, especially with Modern Sonic. Players could zip through crumbling ruins, waterfalls, and thick jungle brush as they did in Sonic the Hedgehog 2.

As it did back in the day, the top path could reward skilled players that had the necessary platforming skills with a quick and dry path to the exit. While those that struggle are forced to tough it out through the watery bottom section.

Sonic Generations gave us Sky Sanctuary Zone, a very creative and outside the box choice that I fully support. Sonic Mania remixed both Hydrocity and Lava Reef zone, also two excellent choices. The time for Ice Cap Zone to finally (properly) be remixed better be coming soon though. Everyone loves a good wintery level and Ice Cap is probably the best in the whole series.

I thought for sure it would be in the original Generations, and if not, then soon after and somehow it hasn’t sprouted up yet. It has a memorable aesthetic and a short but awesome snowboarding section ripe to be expanded upon through Modern Sonic style gameplay.

Although overshadowed by Metal Sonic from Sonic CD, Mecha Sonic is honestly the more badass and intimidating of the two. While Metal Sonic seems to have its own motivations, there’s something about Mecha Sonic that just seems personal against the true blue blur. It would go at any length to kill Sonic and prove that it’s the superior fastest thing alive. A rematch many years later since their last proper showdown would quite epic indeed.

Windy Valley checks all the boxes of a good Sonic zone. It has great music, a unique aesthetic, and an iconic mechanic that makes it stand out from the crowd. The tornado that rips through the zone could be a really fun element of that zone to expand upon with the power of current generation consoles.

Have Windy Valley be a Dr. Jeckyll and Mr. Hyde stage that’s both peaceful and easy but fearsome and difficult when the tornado zooms by you ripping up the stage in front of you.

Just having another opportunity to hear the tune to A Ghost’s Pumpkin Soup in a Sonic game is reason enough to include Pumpkin Hill. Obviously this would be Sonic Generations 2, not Knuckles Generations (Pumpkin Hill was a Knuckles zone), but the zone in this hypothetical game could instead include a gameplay style reminiscent of Sky Rail (essentially a daytime version of the same zone for Shadow) but with the spooky vibes of Pumpkin Hill at night.

The Classic Sonic version of the stage could be an opportunity to mix 2D Sonic with a Halloween/Ghosts ‘n Goblins-like atmosphere which could be really fun and fairly unique for the series.

Casino based stages are almost just as obligatory as water levels at this point and Casino Park is a great opportunity to fit one into Sonic Generations 2, without taking away from something else. Casino Park has everything you would expect from a great casino themed stage from Sonic but also has an amazing soundtrack that honestly might be more memorable than the zone itself. That goes for a lot of Sonic Heroes, to be honest. Not that it’s a bad game by any means, but damn that soundtrack is fire.

While the battle with Shadow is probably the best fight from Sonic Adventure 2, that was already used as a rival battle in Sonic Generations. So let’s roll with Biolizard/Finalhazard. Yes, it was used in the 3DS version, but a console version of the fight could be way more intense. Plus, honestly, there aren’t that many iconic boss fights in this era since so many of them are just random Eggman mechs that lack personality. Better to work the few that are memorable.

Rooftop Run is one of the greatest zones of all-time in any Sonic game, so its inclusion in Sonic Generations was a no-brainer, but Mazuri is right up there with it. Sonic Unleashed, while not perfect, had a good thing going with its real-life inspired theme stages and Mazuri hit the nail on the head, delivering an imaginative and colorful take on various areas on the continent of Africa. A return to Mazuri and its fabulous zone music would be welcome indeed.

I’m actually surprised Sonic Generations went with Planet Wisp instead of Starlight Carnival. So if a Sonic Generations 2 wanted to return to the world of Sonic Colors, Starlight Carnival would certainly be the next most obvious choice, at least in our opinions. The platforms that appear/disappear as Sonic runs through the stage would be a neat mechanic to explore in Classic Sonic gameplay if done properly. Plus of course, working the wisps into both styles of gameplay. It’s a shame the wisps (or something similar) are still confined to the Sonic Colors games because they do add a good deal of value. Perhaps the abilities in Sonic Forces will serve a similar purpose.

Yeah, that’s right, we’re throwing Sonic 06 out and replacing it with Sonic Mania in our dream Sonic Generations 2 game. Crisis City was a great addition to Sonic Generations, and the Classic version of that stage was the best modern to classic converted zone. That said, Sonic 06 lacks many other memorable/fun zones, so let’s replace it with a more modern, and well-received, game.

Sonic Mania’s Press Garden Zone features a unique printing press-like atmosphere and it would be really interesting to see how they could work in its bouncy conveyer belts and snowy landscape into Modern Sonic gameplay.

The battle with the Phantom King in Sonic Mania featured an epic three-way showdown between the leader of the Hard-boiled heavies, Dr. Eggman, and Super Sonic. Expanding the scope of this battle with Modern Sonic gameplay could be quite the experience and would be an excellent choice to wrap up the Modern Era in a hypothetical Sonic Generations 2.

That does it for what zones we would want to see in a ‘Sonic Generations 2’. What zones would you want to see remixed? Let us know in the comments.