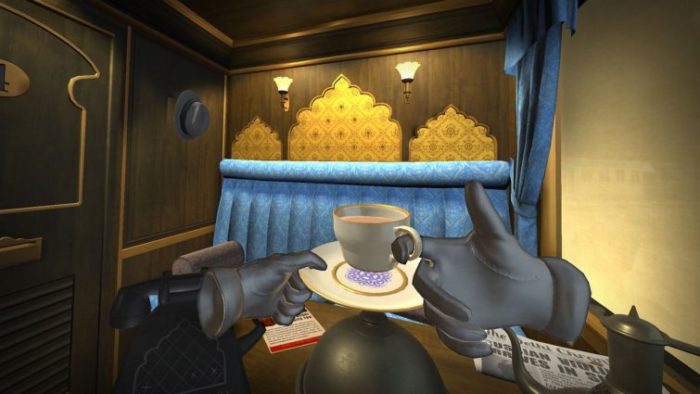 Popular VR game, I Expect You To Die, is getting a free new level next month called First Class.

The news comes via a post over on PlayStation Blog from the game’s Design Director, Shawn Patton. In the post, Patton details that First Class will have players “travel in a first class train cabin on an all-expenses-paid vacation across India.” Aside from the fact that we’ll have to get ourselves out of a tricky situation on a train, Patton didn’t share any other details as to what players could expect. Except, y’know, sipping tea in a very English manner as can be seen in the image above.

The First Class free level for I Expect You To Die is due to release on Oct. 24 via a free update for existing players. Those who purchase the game after this date will simply find the mission added into the game without having to download an additional update.