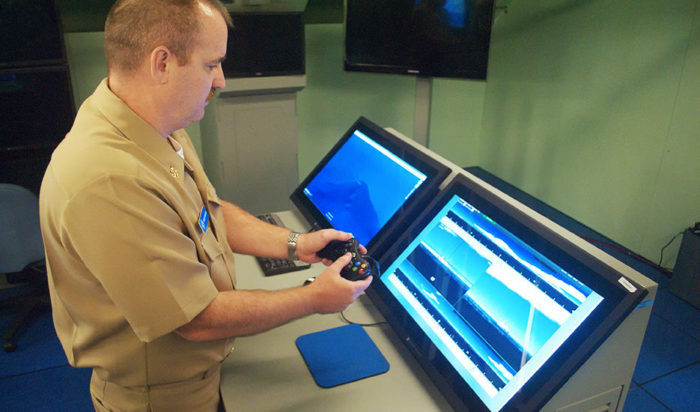 While most gamers may have long since made the jump to the current generation of consoles and moved on from the Xbox 360 controller, one high-profile customer is just now planning to start using controllers from the 2005 console. The United States Navy plans to use Xbox 360 controllers to steer periscope sights on some of its submarines, according to The Virginian Pilot.

The Navy’s high-tech Virginia-class submarines don’t use the classic rotating tubes most people probably associate with periscopes. Instead, the subs’ periscopes have high-resolution cameras that display images on large monitors for everyone in each sub’s control room to see. The periscope sights were originally controlled by operating Lockheed Martin-made sticks that resemble those found on helicopters, but the mechanisms aren’t popular among the junior officers and sailors who operate them.

“It’s kind of clunky in your hand; it’s real heavy,” said US Navy Lt. j.g. Kyle Leonard of the feedback the Navy received about the Lockheed Martin sticks. Enter the Xbox 360 controller, which represents a savings of over $37,000 per submarine for the Navy.

“That joystick is by no means cheap, and it is only designed to fit on a Virginia-class submarine,” said Senior Chief Mark Eichenlaub. “I can go to any video game store and procure an Xbox controller anywhere in the world, so it makes a very easy replacement.”