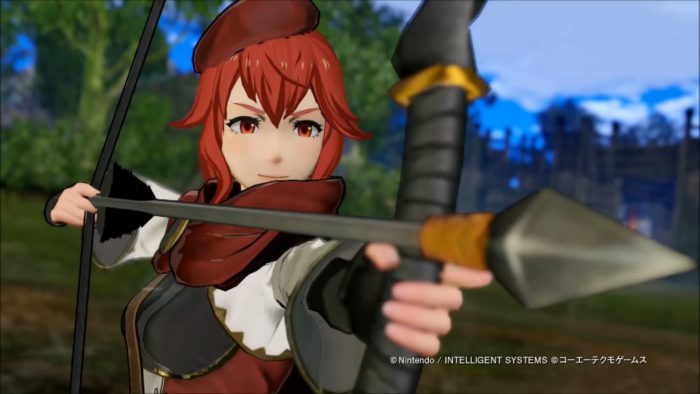 It’s official, Anna is now part of the Fire Emblem Warriors roster. Koei Tecmo has just revealed a new action-packed trailer showcasing her various skills. Aside from wielding a bow, Anna can also summon a large tank in battle. Her other family members, which are basically carbon copies of herself, appear during her special attacks.

Outside of combat, Anna also seems to be a merchant in Fire Emblem Warriors. She can be seen displaying her wares while calling out customers in the middle of the woods. In line with this, Anna is a special character in the series who has made numerous cameo appearances in many Fire Emblem games. Apart from being a guide, she’s also a dealer in one of the Secret Shops that sell some extremely valuable items.

The upcoming title is a crossover musou game that brings together some of the most iconic heroes in the series. While there isn’t any tactical turn-based combat, some core features like permadeath, support conversations, and a leveling system will be in the game.

Fire Emblem Warriors is slated to release this Oct. 20 on the Nintendo Switch and New 3DS. You can watch Anna’s trailer below to learn more about her play style.