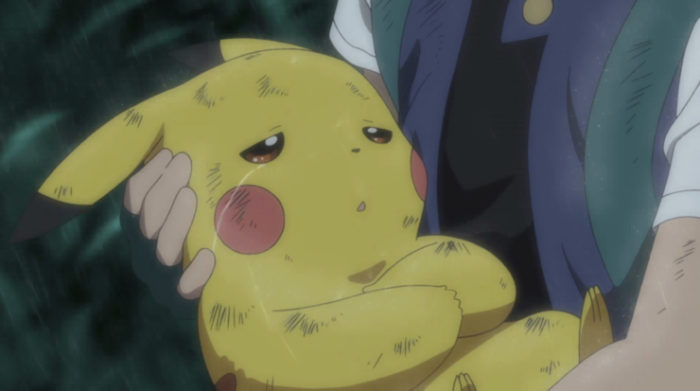 20 years of Pokemon have come and gone, but fans of the long-running franchise will never forget the first episode of the Pokemon anime, when Ash met his best friend Pikachu. The two had a rough start since Pikachu wasn’t Ash’s first choice as a starter Pokemon and let’s be honest, was a little bit of a jerk to Ash. Pokemon The Movie: I Choose You! is a full length feature film that is a re-telling of the first few days of Ash’s adventure through the Kanto region. Think of it as a origin story, except that you won’t be seeing Misty and Brock by Ash’s side this time around unfortunately, since there will be new never-before-seen characters hanging out in this alternate timeline.

The English trailer for the film has been released today by The Pokemon Company and it will cause some serious nostalgia; you can check that out right here:

The movie already came out in Japan and topped the charts, not surprising since Japan is the birthplace of the monster-catching franchise. If you live in the U.S., The Pokemon Company and Fathom Events will be bringing the animated feature film to movie theaters on Sunday, Nov. 5 at 12:55 p.m., and Monday, Nov. 6, at 7 p.m. (all local times). You can purchase tickets online at FathomEvents or at participating movie theaters in your area.

Beginning Sep. 19, you’ll also be able to unlock one of six versions of Ash’s Pikachu in Pokemon Sun and Moon via passwords available on Pokemon.com. Each Pikachu is available during a specific time-frame, so choose your Pikachu wisely, because each trainer can only receive one. The distribution dates for each Pikachu are:

Pokemon The Movie: I Choose You! debuts in North American cinemas on Nov. 5.