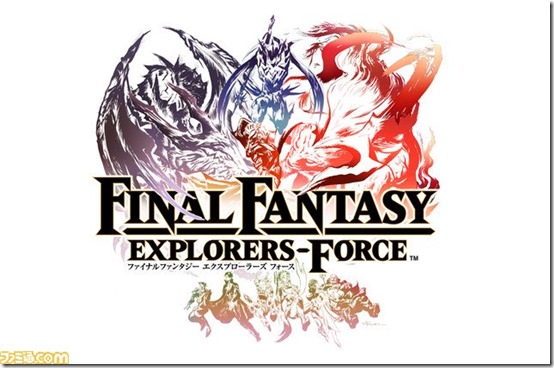 Final Fantasy Explorers-Force is an upcoming installment in the famed Final Fantasy series that will be released on iOS and Android devices in Japan later this year. So far, details on the game have been scarce, but now Square Enix has unleashed a load of information, including a teaser trailer.

Pre-registration for the game has gone live and you can sign up on the official website. Rewards will be given out based on how many registrations are submitted and they are as follows:

Check out the teaser trailer below:

As Gematsu reports, a press release for the game describes the prologue thusly:

“50 years ago, the great war centered on the Empire and the Kingdom not only resulted in a large consumption of Crystal Energy, it also significantly exhausted the planet and atomshpere.

“Mankind’s foolish actions were met with calamity. And summons beasts appeared all throughout the world.

“In order to face this overwhelming threat, the major countries ended their war, and under the pretext of bringing peace the world, established an international organization to oppose the summons beasts.

“This was the predecessor of the organization that later came to be called the “International Peace Alliance,” which cracks down on not only disasters, but also cross-national conflicts, and has currently been watching over the world for 50 years as a symbol of peace and justice.

“That is the alias of the army possessed by the International Peace Alliance.

“The “Soldiers” that belong to FORCE are combat and investigation specialists that have trained bodies, sharpened minds, and use the power of crystals as an ability.

“Many of them were once known as “Explorers” devoted to adventuring the world.

“And now, one young person living in a remote region sets off on a journey in order to become a Soldier of the International Peace Alliance’s FORCE.

“But they do not yet know… that they are about to get involved in a major incident where the fate of the world hangs in the balance.”

Some of the game’s main characters have also been revealed along with their back story.

A girl called Rose, whose full name is Rosetta Rostmayer. She is the daughter of the Rostmayer family, one of the leading noble families of the Empire, and a young officer of FORCE. Accompanied by the protagonist—a Soldier attached to her party—her adjutant Kurokawa, and the airship Plumeria, and while at the mercy of the International Peace Alliance’s true intentions and public image, she will soon enough open the door of destiny. Her genius personality is somewhat of a problem, and her few friends is a challenge for the future.

A man called Kurokawa, whose full name is Naozumi Kurokawa. As a member of the Kurokawa family that serves the Rostmayer family, he is an adjutant of Rose’s party. He eloquently wears cool sunglasses and a butler-style outfit. While he never stops worrying about Rose, it is not as bad as he would have you believe.

A man called Gilbert, whose full name is Gilbert Highwind. The former prince of a windy country, he is the leader of the liberation army. He is a young dragoon who takes action to free Lucielle, which is under the control of the Empire. Beneath his refreshing personality, there is a resolute and powerful volition.

The protagonist’s childhood friend from the Crysia region. She became a shrine maiden in order to pay for her younger brother’s school entrance fee, but has a promising future in that she also serves as a substitute for the great shrine maiden. Many are attracted to her sunflower-like smile and adore her.

A girl of the Keropp tribe that inhabits a certain continent in the world. She is a receptionist for the International Peace Alliance, and energetically supports its Soldiers. She is popular among them as a mascot character adored by all.