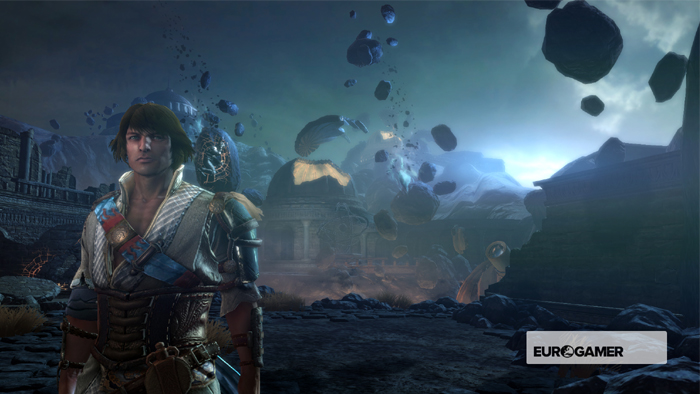 Microsoft originally planned to have one more Xbox One exclusive to release alongside big games such as Ryse: Son of Rome, Forza Motorsport 5, and Dead Rising 3 for the console’s launch day. The developers behind Fallout: New Vegas and South Park: The Stick of Truth recently shared that its cancelled Xbox One launch exclusive, titled Stormlands, was a third-person online action-RPG with the gameplay style of The Witcher series.

In an interview with Eurogamer, Obsidian Entertainment CEO Feargus Urquhart shared the team’s experience in developing Stormlands. Despite being in development for only around a year, the developers already managed to make a rough build of Stormlands, carrying choice-based elements and ballet-like hack-and-slash action similar to The Witcher, but with companions throughout the experience.

Sadly, the game got canned due to several reasons, with Microsoft’s huge ambition being the biggest factor. Microsoft originally wanted Obsidian to integrate million-man raids with the aid of cloud computing. “Conceptually what came from Microsoft was this idea: imagine you’re playing The Witcher, maybe with a friend,” said Urquhart. “What happens if at points in time a giant create pops up that you can see in the distance and it’s not just popping up while you’re playing, it’s popping up for everybody who’s playing. You all rush this creature and there’s this haze around it, and as you’re all gushing through the haze the game is matchmaking you into a 40-man raids who are going to fight the creature.” Obsidian thought Microsoft’s ambitious raid idea was simply for inspiration, and the team acknowledged that they should have communicated better with Microsoft to set expectations straight.

Aside from the million-man raid concept and the pressure to get this ambitious game on time for Xbox One’s launch day, Microsoft wanted Obsidian to “put a different spin” on many of the game’s features. “Microsoft’s ambition was to do a lot of things and do it very new,” said Obsidian co-owner Chris Parker. “Nothing that was standard or typically accepted in video games should be taken as acceptable.”

Despite the team’s struggles after the game’s cancellation, the team managed to get back up and continue working on well-received games, such as Pillars of Eternity. Eventually, Obsidian retooled Stormlands and it became Tyranny. More details about Stormlands can be found in Eurogamer’s article.