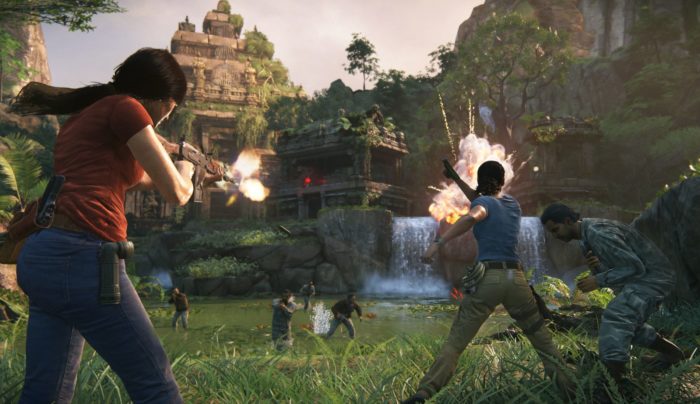 Uncharted: The Lost Legacy on PS4

Uncharted is beloved for its lovable characters, gripping action, and all the moments you could possibly want to feel like you’re actually a treasure hunting badass. Uncharted: The Lost Legacy continues this tradition, except you’re following the adventures of two of the most interesting characters the series introduced: Chloe and Nadine. Look, if I’m being real with you right off the bat, it’s just Uncharted 4 all over again. For fans of the series, though, it’s another dip into this wonderful world and total fan service for those of us that loved Chloe and Nadine in particular.

While I wouldn’t recommend the game to those of you that didn’t like the series already (or haven’t even played it), if you did, you’ll find a lot to love about this standalone expansion. It was awesome to see these characters again on their own adventure, picking up months after Uncharted 4. They held their own as protagonists, and the story continues the signature caliber of writing found with Naughty Dog’s games. It is, essentially, Badass Women: The Game. It doesn’t shy away from this one bit, making sure you know exactly that they are the captains now. The game literally starts with portraits of Chloe and Nadine to remind you what’s up. 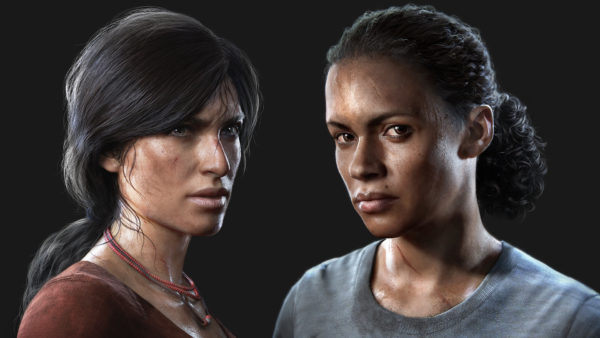 If you’re worried about Nathan Drake not being the protagonist this time around, it’s totally understandable. Change is weird. Whenever your favorite soap opera changes a cast member, thinking you’ll be none the wiser, you notice. Oh, you notice. But you need to ask yourself this: what if Chloe were just as charismatic and suave as Nathan Drake? What if Nadine’s personality perfectly melded with Chloe’s to cause a ton of conflict and comedy? What if Uncharted were suddenly a buddy cop movie? If you’re intrigued by any of those questions, then don’t even worry about Nathan Drake. He’s off fixing his marriage with Elena; let him live. It’s Chloe and Nadine’s time to shine, and their chemistry is a formidable opponent to Nate, Sully, and Elena’s three musketeers back and forth shtick. This is not only thanks to (as previously mentioned) the excellent writing, but also the phenomenal acting from Claudia Black and Laura Bailey. There was a scene where they were just talking – hanging out you know – and it was such an “aw, they’re people too” moment. It was great. The team has found a way to humanize and flesh out two characters that, for all intents and purposes, were just random secondary additions to the titles they premiered in.

It’s not without its faults, of course. I couldn’t care less what was going on with the treasure hunting this time around. Then again, I found myself questioning if I ever even did. I think the allure to Uncharted was always the characters and the action. I won’t fault it too much for losing me in all of its mumbo jumbo history lesson, because that’s personal preference. Look, unless they’re uncovering some art history or Greek mythology, it’ll always lose me. Alas, the game is still plagued by some awkward moments in the controls. Chloe, like Nate, sometimes won’t listen to where you want to find cover, land from a jump, or hang off of. These happen so rarely, though, that they’re entirely passable. 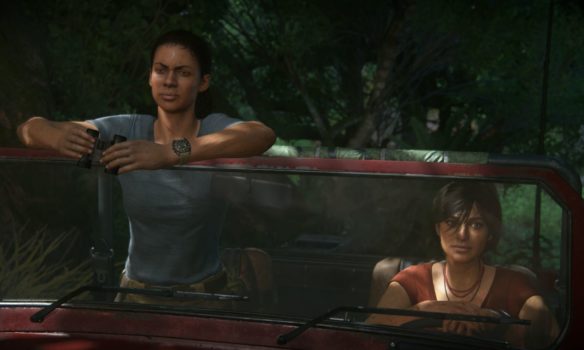 If you’re a big Uncharted fan that would love to see more of Chloe and Nadine, The Lost Legacy is definitely for you. There’s no ifs, ands, or buts, about it. If you like Uncharted but you’re not too into the idea of seeing these awesome women kick butt and develop a friendship, then you’re likely better off waiting for a price drop. For some of you, $39.99 might be too much for a story that will take you around five hours (maybe eight if you go for the collectibles). It does include the multiplayer and survival modes from Uncharted 4 and all of those updates, but that’s not the real selling point here. The real draw to Uncharted: The Lost Legacy is keeping the series alive through the eyes of two badass characters.