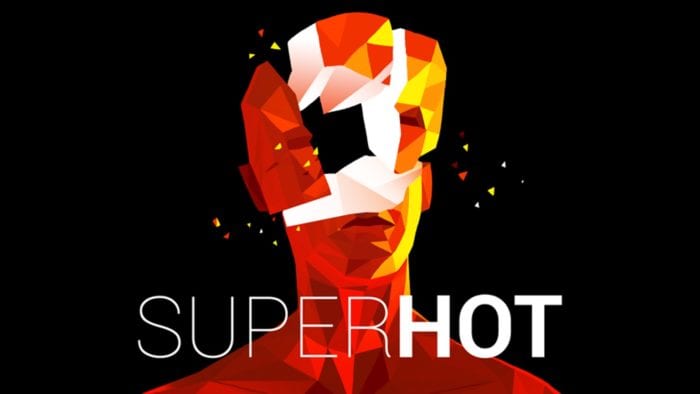 Originally released for PC in early 2016 as a non-VR game, Superhot is a game that looks like a standard first-person shooter at first glance, just with an interesting color palette. However, players soon began to realize that it was much more than that, and with the added dimension of virtual reality that came to Oculus Rift in late 2016, and recently to PlayStation 4, it became an entirely unique experience.

Superhot is essentially a puzzle game disguised as a first-person shooter. Each level takes place during a matter of seconds, yet the game’s core mechanic of time slowing when you stop moving makes the brief exchange far more manageable. As an un-named character, you stand in place and have to use whatever is at your disposal to take out the red, mannequin-style enemies that surround you. You need to assess your own options, analyze your surroundings, and look out for how heavily armed the enemies are, all while trying to progress to the next stage. There are also environmental hazards to plan your actions around. In one level there is a swinging metal beam coming towards you that you need to duck beneath as you keep an eye on the three incoming bad guys, while in others there are vehicles, stationary and mobile, that shield the enemies from your sight.

Also, since it is impossible to stop moving your own body entirely when in VR, with every twitch being picked up, the enemies will continue to move at all times, albeit slowly, so you have to keep aware in each moment. All of these elements play into the puzzle aspect of Superhot. That does lead to a fair amount of trial and error and repeating of levels to work out the best course of action. However, thanks to the quick respawning and speed of the levels, repeating the levels to work out the solution is a huge part of the fun and adds to the thrill of the game.

But it’s the VR specific gameplay and how you play with the movements of your body that make Superhot VR so thrilling. When you’re face to face with the enemies, you can punch them, throw objects at them, or shoot them if you’re given a gun. The enemies will fire back, though, so you have to physically duck out of the way of incoming bullets, or intentionally slow down time by limiting your movements to grab a gun out of a bad guy’s hands. It even lets you slice bullets in half as you duck away, or block them with the barrel of a shotgun. The action, even at such a slow pace, is consistently exhilarating.

Early on in the game, one level made me feel like I was a character straight out of a John Wick movie. I shot an enemy before he could get to me, grabbed his gun as it spiraled in mid-air, quickly spun to my right and shot the guy next to me with both pistols before the first guy’s body had even hit the ground. Superhot VR makes you feel like a skilled assassin when all you’re armed with is a pair of Move Controllers. It also throws set-piece after set-piece at you, meaning there is never a let up from the action. Superhot VR takes advantage of the best part of virtual reality, it creates experiences and memories that you can’t get in other mediums. Like putting on the cowl in Batman: Arkham VR or meeting Jack Baker in Resident Evil 7 for the first time, moments of pure skill and smoothly taking out rooms full of enemies in Superhot VR will stick with you long after you put the PSVR headset down.


While the concept of Superhot is perfect for virtual reality and it offers some of the best moments you can have with PlayStation VR, Sony’s headset may not be the best way to experience it if you have access to the other, more expensive options. Superhot VR on PSVR can run into some frustrating tracking issues that can completely halt your progress. During my playthrough, there were instances when the camera would lose my position, making the game think I was moving, thus making it almost unplayable. Also, since Superhot VR is only playable with PlayStation Move controllers, issues were brought about from that. Bending down low to pick up a weapon, or reaching out to swipe at an enemy sometimes led to the camera losing track of the wand and me seeing my virtual hand float away from where I was positioned, leaving me one handed. After the first issue, I ensured that the lighting was perfect, moved anything that could have been seen as obstructing the camera’s view, and re-positioned the camera itself to ensure the issues weren’t due to my setup, yet the tracking problems continued. While these issues were far from constant and they never overshadowed the wonderful thrill of when it worked properly, they did prove frustrating whenever they did decide to pop up. Also, there isn’t much variation in the later levels as you’re always taking out the same looking enemies with the arsenal you’re introduced to early in the game, with very few weapons or enemy types introduced in the second half of the game.

The visual style of Superhot does help combat the shortcomings of PlayStation VR, however. The limited color palette (consisting of red, white, and black only) looks clean and clear in VR. The lower quality screens in a PSVR headset don’t struggle at any point, with the visuals instead helping with the gameplay. Weapons and enemies are easy to spot and seeing a red body shatter in front of you is always an impressive sight.

Superhot VR is a unique experience in virtual reality. Very few games give you the heart-pumping thrill that Superhot does and the issues that come with the tracking capabilities of the Move Controllers and PlayStation Camera do not stop it from being a game that every PlayStation VR owner should pick up.