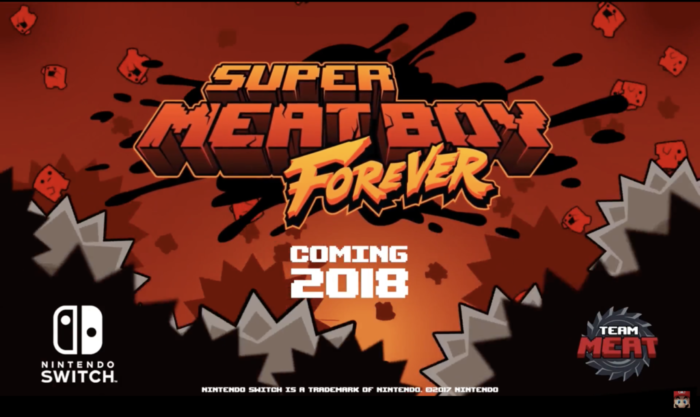 Super Meat Boy Forever, an entirely new game featuring the high protein hero, is coming to the Nintendo Switch, but there is still a bit of a wait until it launches on the fledgling console.

Revealed today on the Nindies Summer Showcase, new footage of the game was revealed, showing a new art style, new moves, and a brand new story. Meat Boy and Bandage Girl have settled down and had a child named Nugget, but one day the evil Dr. Fetus steals their baby, prompting Meat Boy to set out on an adventure to get his child back.

Once again you’ll be leaping over saws, dodging obstacles, and doing your best not to end up as ground beef. Meat Boy also has a few new tricks up his sleeves. He can now punch and kick, allowing him to take out enemies and dash through the air. The game will offer up plenty of challenges for those who know the first game like the back of their hand, and those who have never experienced the incredible difficulty that lies within the Super Meat Boy series.

Super Meat Boy Forever will make its debut on the Nintendo Switch in 2018.