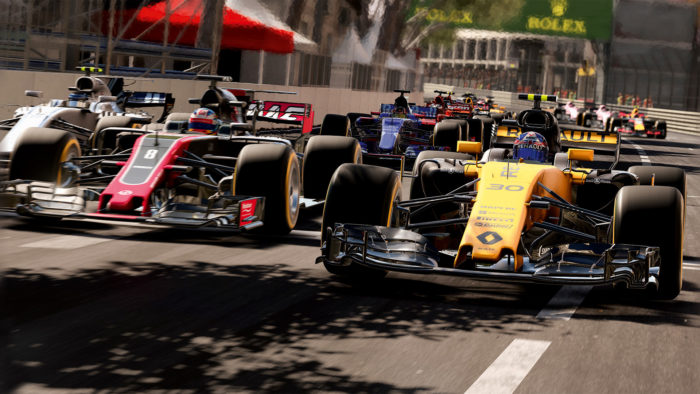 2017 has seen some new changes to the Formula One World Championship and the cars that make up the grid. This year is the first with new owners Liberty Media at the reigns, with Bernie Ecclestone being replaced as CEO of the group that manages the championship after being involved in the sport since the 1970s. Manor Racing went into administration during the winter break, and new rule changes were brought in to make the cars faster and look more impressive for fans.

Now I’m a fan of F1 and motorsports as a whole, but as I haven’t delved into a Codemasters’ F1 game since 2011 on the Xbox 360, I didn’t know what to expect compared to previous games. I know that F1 2016 from last year is regarded as one of the best games in the series from Codemasters since they started developing them in 2010, but that’s the general consensus from players that I’ve gotten.

Straight away, F1 2017 impresses. The menus are sleek and professional, which is what you would want to expect from a game about Formula One. You can delve into the basic game settings straight away, although you have to start a quick race, a championship, or a session in career mode to be able to customise anything more about the game. 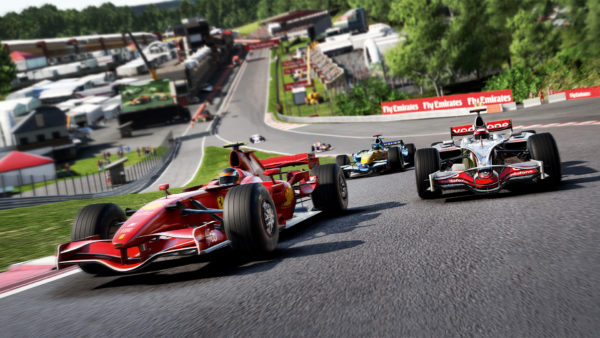 There’s a lot that you can change in terms of the length of races and the other sessions. You can choose whether a race lasts five laps or the full amount that they race in the actual championship which changes depending on the race. For example, the Hungarian Grand Prix at 100% length would last 70 laps. There are also other options available if you want something in between the extremes. Qualifying seems to be affected by what you choose here alongside practice session lengths in career mode, with one-shot qualifying lapa chosen with shorter races and a three-part qualifying session if you want to play the full race length.

The biggest change with the settings is how Codemasters has changed the AI difficulty in F1 2017. Before you would be able to change from presets like easy, expert, and legend. Now you can choose from between 1 and 100 with 20-39 being classed as easy for example, so you can gradually bump up the difficulty rather than making larger jumps.

I also found that the cars were easier to drive compared to the early games from Codemasters that I have spent time with. For a more casual player who may just be playing with a controller it makes the game more enjoyable. Rather than trying to make sure you don’t spin the car when exiting a corner, it puts the gameplay emphasis on racing against rivals and trying to get the most out of the car. It felt rewarding to improve on my lap times and to take a difficult corner well. 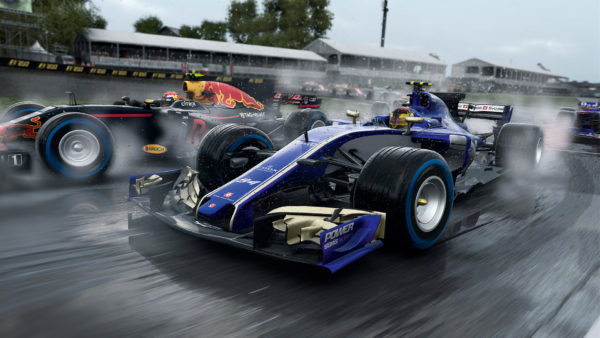 Some of the very small details within F1 2017 were both great to see and detracted a bit from the experience. For example, there were times where my driver waved his hand in displeasure when the AI made contact, something that you see the actual drivers do from time to time. On the other side you can have podium celebrations that don’t particularly fit how the drivers act in real life. You don’t see Kimi Raikkonen happily spraying champagne over the people below the podium and looking very content.

In terms of what you can actually do in the game, there is a lot to choose from. Career mode was the first main area I delved into, and one that most fans will be excited by. First you get to choose which team to drive as, as well as which of their two drivers will become your teammate, a great addition for people who may be fans of a particular driver. I personally went with McLaren and Fernando Alonso. You start off as the second driver, building up your reputation within the team with good performances. Before the first qualifying session you undertake your agent tells you about a rival, who if you beat also propels your team reputation.

It is obvious that they have tried to make this an experience even off the track. The cinematic cutscenes, the characters you are introduced to like your agent, and the multiple paddock areas where you find yourself in between sessions all make the experience feel like you are there and starting your career up. They could go further with this if they decide to add interviews with press, something that is a regular occurance in the motorsport world, into future editions of the game. More small details like this would make the career mode even more special. 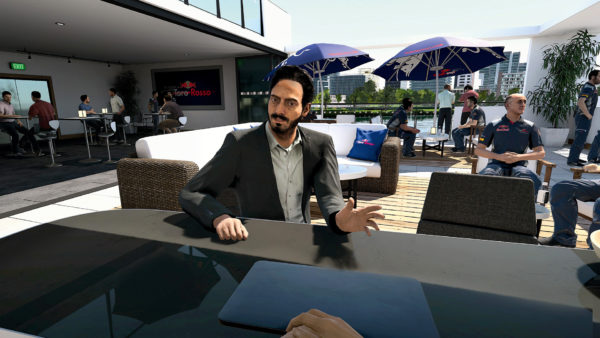 What they have done has been successful, though. With the classic cars being a major selling point of the game this year, it makes sense for them to be implemented into the career mode. This is done by your agent introducing you to an outside figure that is happy to let you race his old Formula One cars in invitational events. These put you into short challenges like trying to overtake a certain number of cars within a specified amount of laps, similar to Forza Motorsport’s showcase events. I was surprised with how well it worked within the career. The only thing Codemasters could have done to make classic cars better is to add more of them. The oldest car available is the 1988 McLaren MP4/4, and that is a pre-order bonus. It would have been great to seen famous cars from the 1970s and before.

Aside from this, the other great parts of the career mode in F1 2017 are the practice sessions and a research & development system. To give more importance to practice sessions in career mode, you have multiple tasks you can choose to do like track acclimatisation, tire management, fuel saving, qualifying pace, and race strategy.

These are pretty self explanatory. For example, the track acclimatization is a task that is supposed to get you used to the track, and usually the first that you will do. Tire management and fuel saving have you attempting to use as little of your tire life and fuel respectively, while the latter two are all about how fast you are in qualifying settings and how quick you can be over the period of a few laps. 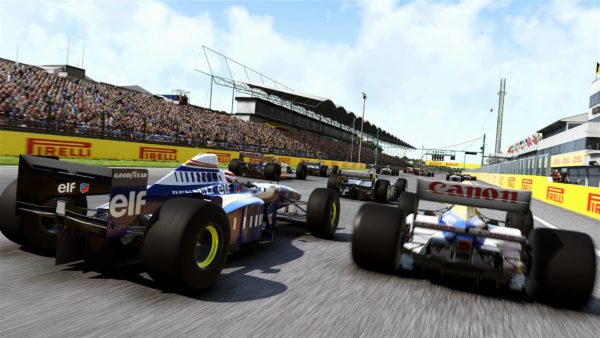 Completing these give you research points, and practice sessions are the best way to obtain them. They are used to gain upgrades to your car in the R&D research tree, which is introduced to you after the first practice session you take part in. It is daunting at first, but is helped by being sectioned off into durability, chassis, aerodynamics, and powertrain. They affect different areas of your car, whether you are faster on straights or can take corners easier, and how quick your engine parts degrade. There is a chance for these upgrades to fail and set you back slightly longer; it’s annoying when it happens but is also something that teams in Formula One have to put up with.

Away from career mode, the other area that will take time to go through is championships, which give you different championships to take part in with varying tracks and rules. The Classic Street Series, for example, takes place on the six tracks that class as street circuits like Monaco and Baku, Azerbaijan. There are eight championships unlocked to start players off, with 12 more that can be unlocked by playing through the championships available. This adds many more hours of playtime to the game, giving the player something fresh to try out if they need to take a break from career mode.

Outside of these, there are a few more modes. Event gives you a race scenario set by the developers which you have a week to complete, with both global and friends leaderboards available to see how well you did compared to others. Grand Prix lets you create either a singular race or your own set of races to compete in against the AI. Time Trial gives you an empty track to let you try to get the fastest lap possible, and finally multiplayer lets you race against other players.

For a variety of Formula One fans, F1 2017 will provide a brilliant experience that gets nearly as close as to what you can expect from the actual series. Drivers not acting like their real life counterparts on the podium, with Kimi Raikkonen being the most obvious, is the only small issue that I came across. Classic cars from before the 1980s would have been nice, and having interviews in career mode would elevate it even more, but these don’t detract from the thrilling experience the game provides.

F1 2017 builds on what fans loved in the previous game to make it arguably the best Formula One game Codemasters have made since they started creating games for the motorsport series in 2009. Whether you’ve not played one for a few years like myself or enjoyed F1 2016, this provides a worthwhile experience.