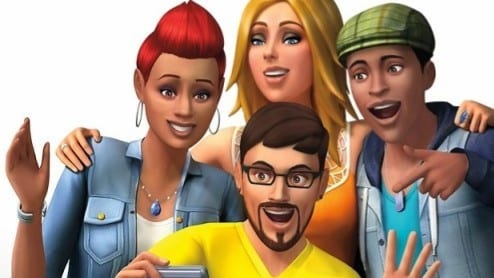 Michael Duke, the senior producer for the Sims 4 on PS4 who has also served other roles in the game’s development, and Drake, community manager for The Sims 4, recently sat down for a Q&A on Twitter. There, they provided a bit more insight into the upcoming console release of the PC game.

During the conversation there were a few big topics that were touched upon, with one of the earliest being DLC and expansion packs. With the PC game having been out for nearly three years already, some fans wondered if the console port would start off with some of those packs right away, or if they’d be available to purchase once the game goes live.  The team wasn’t ready to discuss what DLC packs and expansions would be available come launch outside of the free Holiday Pack and the Deluxe Party Edition content, which was shared in a separate blog.

Yes. It is a different store and system than ours so DLC purchases will not transfer.

Anything that may go up on PSN or the Xbox Live Marketplace in the future will have to be re-purchased due to the new marketplaces.

Another concern from fans was whether or not this would affect the PC platform due to the developers working on more systems. With three platforms to worry about, the concerns may have revolved around future packs, the speed of updates, and whether Sony and Microsoft’s console would’ve held anything back. Fans of the PC version have nothing to worry about since the development team isn’t going at it alone. They’re receiving help from Blind Squirrel, a studio that has helped with other major titles such as BioShock: The Collection, XCOM 2, and Mafia III. Drake also shared that consoles will not be receiving any future content prior to PC.

As far as bringing the game to other platforms outside of the PC, PS4, and Xbox One, there are “currently no plans.” That means those hoping to take their Sims and creativity on the go with the Nintendo Switch will have to keep their fingers crossed or pick up another console.

What’s very interesting, though, is that in a blog outside of the Q&A, we got a bit more insight into this console port. This will be the first time that console players will experience something more along the lines of the PC version of the game. In the past, many things were changed due to hardware and the internal architecture of consoles, but that apparently isn’t the case now.

According to Michael Duke, “[…] this is not the first time we have brought The Sims to console – but it is the very first time throughout the history of the franchise that you can experience the gameplay and content that the PC game offers. The current generation of hardware has enabled us to translate code to PlayStation 4 without any major system changes, so that it is no longer about which platform has the superior version, but where you like to play.” That’s a pretty big deal, and sure to excite fans of the series.

All we have to do is wait for the live stream that’s planned for some time around launch.

There will be a live stream closer to launch. 🙂

This will shed some more light on the project, and show just what players can expect when The Sims 4 finally rolls out onto the PS4 and Xbox One.