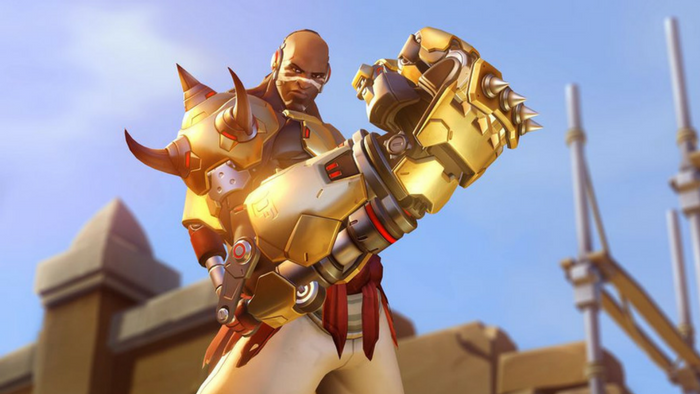 After waiting since before the game was even released, Overwatch fans will finally get to play as the character Doomfist next week. And although Terry Crews, who was frequently tied to Doomfist, isn’t voicing the new hero, the actor may yet have a role to play in Overwatch.

“If I ever do do anything with Blizzard, you watch: it’ll be perfect,” Crews told PC Gamer. “With those guys, we’re all friends, we’re all good. I think there will be something coming down the line.”

Despite Overwatch fan outrage online, Crews is taking his not getting the Doomfist gig in stride. “It’s funny because when I went down to Blizzard and we were talking about possibilities I realized that I don’t want to be the guy that hijacks a game, you know? The creators have a vision and I didn’t,t want to mess that up,” he said. “I was not interested in trying to hijack the game, I let them know that whatever fitted in their program I would love to do. When I saw that Doomfist was created, that they’d went with another guy, the whole thing, it’s actually quite perfect, it’s absolutely amazing. I can honestly say that they made a move that’s better for the game, which is what they’re about. I know people were upset but I’m not.”

The fact that Crews did land the lead role in another game, Microsoft’s Crackdown 3, seems to be part of why he’s able to brush the whole Doomfist thing off without concern. In taking the part, Crews lent more than just his voice to the character.

“The good thing for me, through all of this, is that I ended up doing Microsoft’s Crackdown which is huge. I’m a playable character in Crackdown 3 which is more than I could ever have dreamed of. I couldn’t have been a playable character in Overwatch, they’d have simply put my voice in, but I went to the studio and I put on the sensors, and I’m in the game. Believe me, it tempers any kind of disappointment with Overwatch because I know now Crackdown 3 is my game. We announced it at E3 and I’m actually going back to appear at the panel at Comic Con. It’s a dream come true for me.”

In the many months leading up to Doomfist’s formal announcement, Crews visited Blizzard and lobbied for the chance to voice the character on Twitter. Fans joined in on the fun too, requesting (or sometimes demanding) that Blizzard award him the role. Some fans even started a petition in January, but it was not to be.