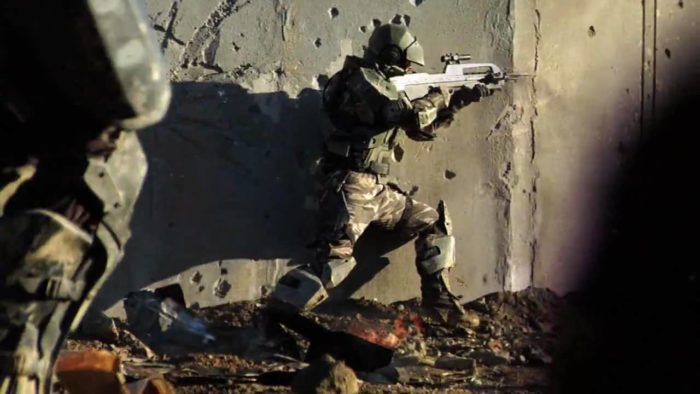 A Halo movie has been in the works for over a decade, and at one point Peter Jackson was slated to be the producer and Neill Blomkamp was set to direct. That didn’t work out though, and we still haven’t seen a Halo movie in theaters. During a Reddit AMA Blomkamp says he would love to be a part of a Halo project in the future though if Microsoft asks.

Besides being attached to the untitled movie, Blomkamp also directed the Halo: Landfall live-action short film series promoting Halo 3. While Landfall turned out well, Microsoft, unfortunately, hasn’t had Blomkamp work on anything since then.

“I love HALO. still. But I seem to have a bad track record of turning existing franchises into films. Haha, Do I love the world? Master Chief? Reach, the colonies, the flood, the covenant? YES. Am I going to end up directing a piece in that world? Probably not – meaning no one is asking me…. Although, I must say if Microsoft asked me to do another batch of pieces like LANDFALL now, I would say yes. Inside OATS that could be very cool actually.”

Whether the movie will ever get made is still up in the air. There’s also a TV show that Microsoft was reportedly working on with Steven Spielberg that we haven’t heard about in a long time. Seeing what Blomkamp’s Oats Studios short film company could do with the franchise would be interesting though.