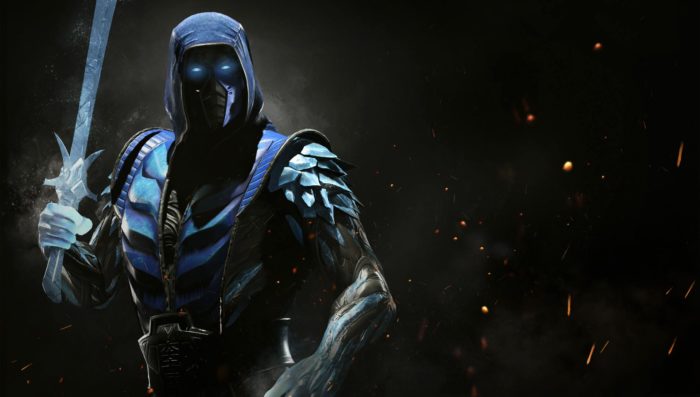 NetherRealm had already packed Injustice 2 to the gills with a large roster that included over 25 unique heroes and villains, but that hasn’t stopped them from planning nearly 10 more to enter their latest fighter. Red Hood released back in June, and he was just as slick and dangerous as fans had hoped (and expected). To keep the ball rolling, the studio has added someone that’s close to the hearts of fans and the developers. Sub-Zero, resident Lin Kuei Grandmaster over at Mortal Kombat and former sworn enemy of Scorpion, is bringing his own brand of fisticuffs and ice weaponry to the superhero fighting game.

For the time being, Sub-Zero is only available to those who have purchased either of the DLC packs (Fighter Pack 1 or the Ultimate Upgrade Pack) or one of the upgraded editions of the game (Deluxe and Ultimate). Purchasing either of those gets you early access to each of the contenders being added through the first Fighter Pack: Red Hood, Sub-Zero, and Starfire. However, come July 18, everyone will be able to purchase and download the cold assassin for $5.99. With that being said, it’s only natural to wonder if this new addition to Injustice 2’s roster is worth your time and, more importantly, your money. The answer to that really hinges on how much you care about both Mortal Kombat and Captain Cold.

You see, Sub-Zero isn’t the first character in Injustice 2 to have a style built around the ability to control ice. Captain Cold fills that role quite well as part of the base roster, and he’s much more versatile than fans may have expected coming into this latest release. He’s great at mid to long range, and has a few tricks to get out of tight spots if opponents get too close for comfort. Sub-Zero requires more of a skilled hand, as he’s not as versatile (though that doesn’t mean he’s less powerful). He excels at close to mid-range action, so he plays better in the hands of a more aggressive player. His kit is about fast, brutal combos, knockbacks, and stuns, keeping opponents off balance as you string ice and muscle-based attacks together in order to emerge victorious. Mortal Kombat’s cold contender isn’t suited to the distance game or even trying to draw opponents in (unless you’re lucky enough to be facing another close-range fighter).

What’s even more interesting is that Captain Cold, who gets all of his abilities from a gun, has more useful ice abilities that afford him his versatile range than Injustice 2’s newest addition. Cold Blast, Death-Cicle (just ice falling from the sky), The Wall, and the Big Freeze afford a multitude of different options that can slow down, freeze, and do damage over time. Cold’s Character Power, Cyclotron Charge, lets him charge up his gun to add three more special moves to his repertoire, include thorn armor, a freezing area blast, and a powerful grenade. Sub-Zero, NetherRealm’s first ice offender, is noticeably lacking in this department, excelling in combos but limited in actual freezing abilities. Those are relegated to a Meter Burned Ice Ball – his normal Ice Ball just does a quick stun which wasn’t expected – and a special grab attack that must also be Meter Burned. There’s also Ice Klone, Sub-Zero’s power, which can freeze opponents if they happen to touch it, but it’s easily avoided if you’re playing the distance game, and can be destroyed.

In many ways, Sub-Zero doesn’t exactly feel like the character I was expecting. Yeah, he has his ice-ball, but I expected someone, for the lack of a better word, colder. Yes, it’s cool to have a combo-heavy fighter from Mortal Kombat, but in a game that already has a more than serviceable ice-champion, it comes across as a missed opportunity. Sure, he can really throw down in a boxing match, but he’s not the fastest, keeping him from being the most appealing option.

While Sub-Zero’s moveset may not be as impressive as fans may have hoped, his story is. Injustice 2 stepped things up in the narrative arena, and that extends to each individual character as you beat the combat towers in the Multiverse. Sub-Zero’s presence makes full sense in the scope of the story, and seeing him don the mantle of hero after proving himself to Earth’s greatest was a nice touch. We won’t spoil all the whats and whys, but I did crack a smile when all was said and done. NetherRealm has definitely gotten good with weaving tales that involve loads of characters.

In the end, Sub-Zero has a solid story that fits in perfectly within the framework set up by Injustice 2, and he is one of Mortal Kombat’s coolest kombatants, so it’s nice to see him get some more time in the spotlight (a space usually reserved for Scorpion). However, it’s difficult to see why he was even needed in the grand scheme of things. He doesn’t bring anything entirely unique to the table, nor is he the most useful in his respective areas. He’s very much fan-service, which isn’t necessarily a bad thing. If you’re a huge fan of Mortal Kombat, the Lin Kuei, or anything to do with ice, then you’ll definitely want to drop your $6 on Sub-Zero. If, however, you’re instead waiting on someone who really changes things up, you may want to hold onto your hard-earned cash for a character that brings a bit more to the table.