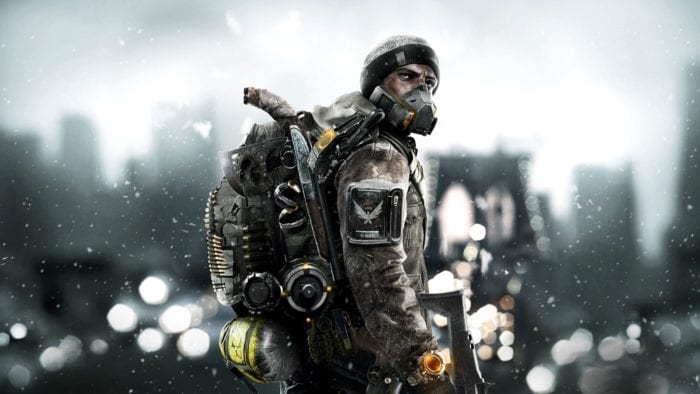 If you’re still celebrating the tail end of the 4th of July, you might want to fire up Ubisoft’s The Division for a little reward for still hanging out and playing the game. On both July 4 and July 5, Ubisoft was offering up the Navy Uniform costume for players for free via the Terminal’s Premium Vendor. If you missed that, you’re still able to pick up the Celebration Emote from the same place from now until July 9th.

If you’re interested in picking up some additional in-game stuff like outfits and other cosmetic items, The Division’s Premium Vendor is where you want to head. You can get some of the clothing there for a whopping 75 percent off normal price, and there are seven outfits to choose from. These are available for a limited time as well, so if you’re hopping online to pick up your emote, you’ll want to do your shopping done as soon as you can as well. 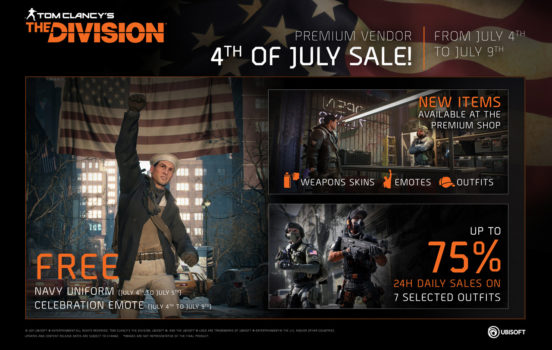 Not into cosmetic upgrades? Simply jump in-game for the Double Week-End event, which runs from July 7 through July 10 and offers double rewards for assignments you complete daily. That should get you up to speed fairly quickly as we speed through what’s left of the holiday week. The rewards aren’t bad, even if they’re not super-rad looking fireworks emotes or big ol’ Uncle Sam costumes. Still very cool, and a great reason to hop back in and play The Division if you’ve been drifting off into other multiplayer affairs.