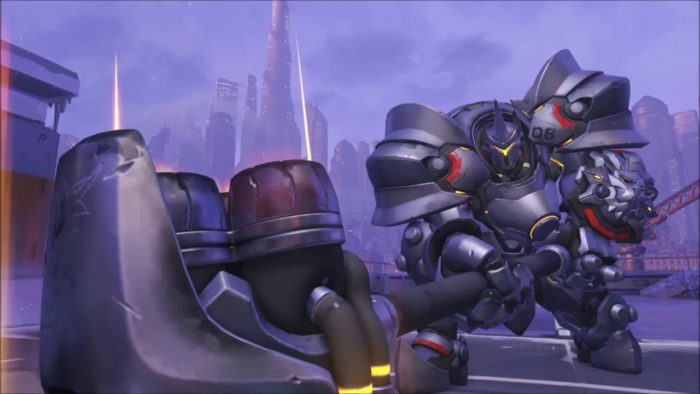 Earlier this month, Blizzard announced it was working on changing the way it punishes Overwatch players for bad behavior. Posting on the official Overwatch forums yesterday, Overwatch Community Manager Stephanie Johnson revealed what the first of those changes will entail.

“We believe that our in-game reporting and player penalty system is one of our most important features, and it’s something we want to invest in significantly over the next year,” wrote Johnson. “To this end, effective immediately, we will be issuing increased penalties to players in response to verified reports of bad behavior. In Overwatch, that means anything from abusive chat, harassment, in-game spam, match inactivity (being intentionally AFK), and griefing. If you see someone engaging in any of these types of behaviors, report them. Players in violation will be silenced, suspended, or even banned from the game as a result.”

Muting players for bad behavior is actually a punishment Blizzard doled previously doled out to those reported by other players. Blizzard moved away from that tactic, though, and at least some players have previously posted on the Overwatch forums that they believed the punishment to be ineffective at stopping the crimes. In any case, Blizzard isn’t stopping at just muting the game’s worst bad actors, with even more changes to its punishment system beyond suspensions and bannings being planned for a future roll-out.

“We know that making Overwatch a truly welcoming environment is an ongoing process, and this is only the first step,” continued Johnson. “Over the next several months, we have plans to make additional improvements based on your feedback, including scaling competitive season bans, a notification system that will alert you when a player you’ve reported is actioned, and functionality that will allow us to more aggressively penalize players who attempt to abuse the in-game reporting tool.”

Of course, only PC players can report bad actors even now, some 14 months after the game’s release. Blizzard wants to change that too, with plans to bring a reporting system to PlayStation 4 and Xbox One players. Although Blizzard doesn’t seem to know when it will happen, the studio plans to eventually align the console system closely with the PC one. The developer is actively working towards that end now.

“As console players ourselves, we know it’s been frustrating to not have this functionality on your platform. We are actively working on the feature and have many elements of undergoing internal testing right now. Our goal is to implement similar reporting options as are currently available on PC, and any improvements made to PC between now and when it’s available.”