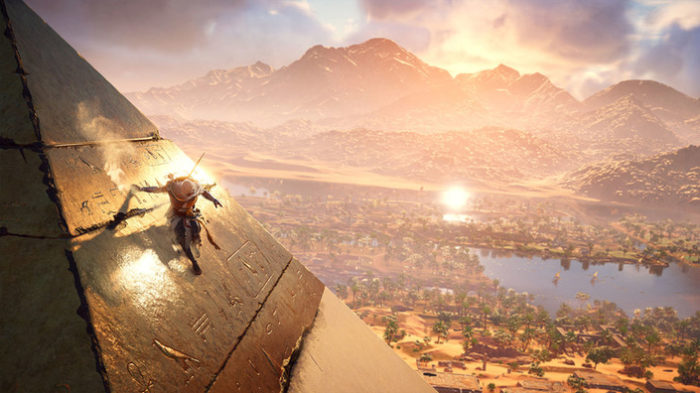 Assassin’s Creed: Origins was announced last month at E3 after almost a year of rumors and speculation. As its name suggests, the new game will go back to to the beginning of the formation of the assassin’s and will be set in ancient Egypt. We got to see plenty of gameplay footage of Origins in action and it seems to be coming together nicely.

We know that the game is set to be released on the PlayStation 4, Xbox One, and PC, but what of the Nintendo Switch? There have been rumors abound that the game will see a release on Nintendo’s new console but it seems these are not true.

Assassin’s Creed: Origins’ game director, Ashraf Ismail, has released a statement saying that Ubisoft currently has no plans regarding a Switch release for the game. As GamingBolt reports, the statement read: “We’re shipping on Xbox One, Xbox One X, PS4, PS4 Pro, and PC,” and continued, “There are no plans to release it on Switch.”

A specific reason for the game not seeing a Switch release wasn’t given but it seems likely that a game as large as Origins would struggle to run on the somewhat less powerful Switch. Assassin’s Creed: Origins is set to be released on October 27.