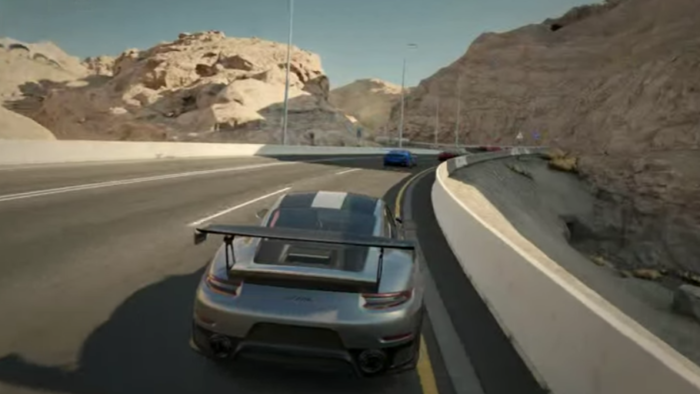 Microsoft came out swinging for E3 2017 with a press conference that centered on the Xbox One X (the updated console that was previously known as Project Scorpio). The machine certainly sounds impressive, with technical power that dwarfs the PS4 Pro and the promise of updated experiences that everyone can benefit from. Honestly, on the hardware side of things, they’re ticking all of the right boxes, and fans of the brand will most likely dive into the upgrade. Unfortunately, hardware alone is not what sells consoles, something that Microsoft has been learning with the Xbox One and its smaller, HDR capable counterpart. Games are the heart and soul of any console, and nobody has been lacking in this area more than Microsoft and its green machine. While the company did once again focus its presentation on games (there were some really good ones in there), there was one area of games that seems to still struggle – exclusives.

Don’t get me wrong, there were exclusives shown off during the E3 2017 press conference, 22 of them actually. However, as we’ve come to learn over the years, “exclusive” can mean many things when coming from Microsoft. There are console exclusives (games that may also appear on PC), launch exclusives (timed exclusivity it seems), and bona fide exclusives, a category that seems to be fading away rapidly from the Xbox ecosystem thanks to the Play Anywhere initiative which kicked off last year. Because of these various categories and the decision to provide more options to fans (which we most certainly applaud), the company has made it difficult to support its console with what should be a strong library of games. Making matters worse is the fact that the exclusives that are on deck to release in the next year or so aren’t exactly the brand’s biggest guns. There’s no Halo, no Gears. Forza is one of the biggest, but even that on its own can only pull fans of that particular genre. When you shift away from the celebrated racer, what do you really have?

Right now, as far as major exclusives go for the Xbox One X (and all other versions of the console) you have a really short list of upcoming, high-profile exclusives:

You may have noticed that four of these were announced some time ago and are just now getting release dates, further accentuating the exclusive drought that Microsoft’s consoles have been suffering. And while these games will most likely be solid experiences (all but Cuphead are sequels whose predecessors are highly regarded), outside of Forza, none have proven to be console sellers. And even though Forza is a name that causes fans to shell out the cash, there’s a good chance that fans of the series already have an Xbox One, especially since there have been four different Forza games this generation already. As an extra cherry on top, a majority of these games are part of the Play Anywhere initiative as well, which means if you have a competent PC that runs Windows 10, you can get these games without ever purchasing an Xbox.

These exclusives do not invite the type of excitement that’s needed to shell out hard-earned cash for a new console, especially not an iterative one that costs $100 more than the most expensive competition. They aren’t the heavy hitters that show Microsoft is really focusing on supporting the hardware they put out, with unique experiences you simply can’t get anywhere else.

It seems almost as if the company is intent on relying on third-party support in the form of major, multiplatform games, something that has worked out really well for Sony over the past couple of years. The games that stole the breath of those in attendance came from Ubisoft and BioWare. Assassin’s Creed Origins is the return of the series after the developer decided to stick a pin in the annual releases (a welcomed decision). Anthem is an absolutely gorgeous sci-fi RPG from BioWare that offers up a new take on futuristic combat and customizable exo-suits. They were clearly the crown jewels of the night, and both were used to really show off just what the Xbox One X can do. However, both will also be on PS4, most likely with Pro support (though what that will provide in comparison is still unknown). Sure, you can say that the Xbox One X is way more powerful than Sony’s mid-generation console so people will logically know that the multiplatform games will be better on it, and you’d be right… to an extent. However, the main difference between how Sony utilizes third-party, multiplatform games and how Microsoft does it is that for Sony they’re purely a supplement to a solid, and recently consistent, exclusive library.

This year alone Sony has delivered a few system sellers such as Nioh and Horizon Zero Dawn, and over the past few years that has led Sony to a near 2:1 lead in current generation console sales. They don’t need to push their superiority for multiplatform titles because they already have the install base. The Xbox, although its sales are far from paltry, aren’t in the same league currently, and simply looking better isn’t enough to cut it. There needs to be exclusives that justify dropping the cash on a console – high quality, worthwhile exclusives. And frankly, right now, Microsoft still hasn’t figured that part of the equation out.

Yes, the games we listed before can turn out to be absolutely amazing and set records for critical reception. We just hope that reception transforms those games into system sellers that stand among the other greats that can turn a console into a powerful platform. Having such a huge show and showing very little that is actually new or unpredictable isn’t the way you instill faith in your platform. I wish the best for the Xbox One X and will be purchasing one myself, but I hope this repeat of the same dreaded mistake doesn’t prove to once again be a thorn in Microsoft’s, and consequentially the Xbox One’s, side.