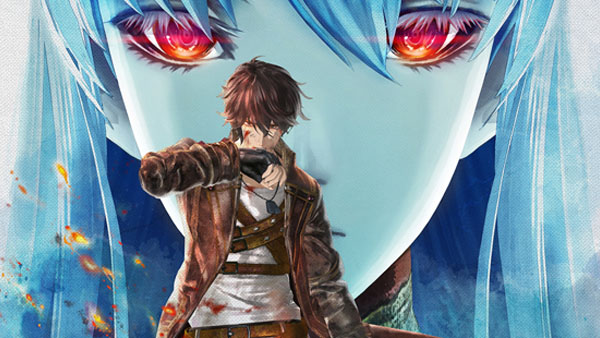 Valkyria Revolution is an entirely different beast from what you know of the Valkyria series, but that doesn’t mean it’s not as worthwhile as the other entries in the beloved tactical RPG series. Revolution separates itself by bringing an entirely new storyline and world, as well as a drastically different combat system that focuses more on action. Longtime fans of the series may not be getting quite the experience they grew to love the series for, but Valkyria Revolution still has a lot to offer and staunchly feels like a game that belongs in the Valkyria series while opening it up to newcomers.

Valkyria Revolution is once again set on a continent known as Europa, somewhat of a reimagining of our own Europe, although this time it’s interspersed with much more fantasy elements. Whereas Valkyria Chronicles took place in a World War II-esque period, Valkyria Revolution could be most easily compared to the Industrial Revolution. Like past Valkyria games, Revolution focuses on an all-out war between two countries: the small but resource rich Jutland, and the militaristic Ruz Empire.

You play as an elite group of soldiers known as the Vanargand, or the anti-Valkyria squad, who have an integral role in how the war plays out with their powerful mana-enhanced weapons, built to take down the mystical being the Ruz empire controls known as the Valkyria. They’re joined by Princess Ophelia of Jutland, who decides to put herself on the front lines along with the Vanargand. There’s more than meets the eye to the war, however, and the main story is about uncovering the truth behind how the war started. Revolution often calls into the question the morality of the main character Amleth and those close to him, trying to get you to consider all aspects of war.

There’s a very smart setup for the story that I found myself enjoying quite a bit, as it’s presented through a history book and a conversation between two people 100 years in the future. There’s a kind of back and forth on how history recorded events versus how they actually happened, that leaves you wondering just how things turn out and always wanting to find out the next bit of information.

Valkyria Revolution is an incredibly story-heavy game as well, even more so than any other Valkyria game. There’s hours upon hours of cutscenes to watch, including plenty of optional scenes that can be unlocked to view in the history book and another notebook that focuses specifically on party members. On top of that, there’s an almost social link-esque system that creates fun conversations between your party members, but isn’t quite as deep as something from the Persona series.

The story itself is certainly engaging, even for how long-winded it can feel at times. The members of the Vanargand grow on you more and more, especially as they begin to go through turmoil and the war deepens. Despite having a more action-oriented focus, Valkyria Revolution still plays with many of the story themes of its predecessors like the horrors of war, loyalty to a country, and more. At the same time, Revolution gives you more freedom in how you approach the story and how it builds its world. Between missions, you’ll return to the capital city of Jutland, Elsinore, and get the opportunity to wander around town. Here, you can find shops to purchase new gear, upgrade your weapons and purchase new ones, and talk to your party members. Throughout the game, Elsinore grows and changes with the war, and people’s opinions on it and the Vanargand will shift as well. It’s a good way to flesh out the story more, even if there isn’t a wealth of things to do in the city.

Of course, where Valkyria Revolution’s biggest change comes, is with its battle system. The game is separated into different battles between cutscenes and story moments. These battles present huge maps that you’re able to roam around, with your four-person party that you bring into battle. Different objectives and options like capturable bases and exploding barrels help add a little variety into just defeating enemy squadrons. Characters still have different classes like Sapper and Scout, but the number of squad mates is limited to a pre-selected group of characters, instead of being able to recruit a squad like in Valkyria Chronicles.

Battles play out completely in real time, and you’re able to dodge and guard at will. An action gauge, on the other hand, dictates when you can use an attack, or bring up the Battle Pallet for special moves. Powerful magic gems known as Ragnite give the Vanargand access to special abilities, with each party member being able to bring up to four Ragnite into battle. In addition, each member has a gun and grenades that they can use.

By hitting the triangle button during battle, you pause the action and bring up your Battle Pallet. Here you can select skills or weapons to use, and see an area of effect to select where the attack plays out. Despite being a faster system there’s a lot of strategy in Valkyria Revolution, especially once you start factoring in the different tactics you can assign to each party member and how you can change squad formations on the fly. By changing formations, you can focus on how your party fights, making them form up as an defensive squad or fan out as offensive solo units.

Allied AI is generally pretty good at executing tactics the way you set them up, although enemy AI can feel a little lacking until you start getting stronger enemies later in the game. Other gameplay elements layer even more strategy on top of the battle system, like different status effects that can be caused by actions in battle and a gauge that dictates who has the advantage in battle, granting bonuses to whichever side accordingly.

For the most part, Revolution isn’t a terribly difficult game, and I found myself breezing through general battles quite easily. There’s a ton of main missions as well as free missions that you can infinitely undertake to build up experience points, or gain new Ragnite and items. Early on in the game, battles are basically just rinse and repeat with the task of defeating all enemies, and throughout the game combat can wear thin at times as you play the same type of battle more than once.

As Valkyria Revolution goes on, however, it does start to introduce new twists on gameplay that try to shake things up. The game’s battle system certainly feels a bit simplistic for the first few hours, but I found myself getting into it quite a bit as I dug in for 10-20 hours and more. There’s a huge amount of customization with how you can set up your party, then go and develop their skills and new weapons.

The upgrade system in particular is interesting, as it requires you to use Ragnite to upgrade your character’s elemental attributes and abilities. These are the same Ragnite that you can equip them with in battle, so you need to be careful that you’re finding a balance between using the right skills and strengthening your characters. Combat is topped off by the boss battles, which manage to be the opposite of normal battles. Bosses are extremely difficult, really pushing your ability to manage your party and exploit weaknesses. It’s a stark difference from the normal missions at times, but the difficulty of the game generally scales up the entire way through.

One of Valkyria Chronicles’ strongest aspects was its beautiful watercolor art style, and Valkyria Revolution is very much the same way. While the game’s art style may not feel as vibrant as Chronicles, Revolution’s aesthetic really works for it. Even though it may not be the most graphically powerful game, the art style works to give Valkyria Revolution a unique feel. While the game runs smoothly, there are an abundant number of loading screens that can be a bit jarring, especially when they’re spliced in between a number of cutscenes. The amount of loading is noticeable, but doesn’t kill the experience.

The soundtrack also does a phenomenal job of bolstering the tones of the story, with some truly memorable orchestral themes. The soundtrack isn’t quite as diverse as I would have liked, and there are some repeating songs, but it was easily one of my favorite aspects of the entire game. While the game runs smoothly, there are an abundant number of loding screens

On the other hand, voice acting isn’t quite as strong as rest of the audio design. The English voice cast is fairly mediocre, although the characters certainly grow on you as you get deeper into the game. Luckily, if you’d prefer to go without the English voices entirely, the game will let you swap to Japanese voice overs at will.

There’s no doubt that Valkyria Revolution won’t be everyone’s cup of tea, especially if you’re not interested in a story-heavy RPG.  There’s a lot of repetition for battles, and lengthy sequences of cutscenes can certainly slow things down, but Revolution tells an engaging story with characters that grow on you over the hours of gameplay. Similarly, the combat system and customization grow, providing a much more engaging action experience in the latter half of the game. Valkyria Revolution is certainly an interesting new direction for the series to take, and I wouldn’t mind seeing it launch a new series that can coexist with Valkyria Chronicles.