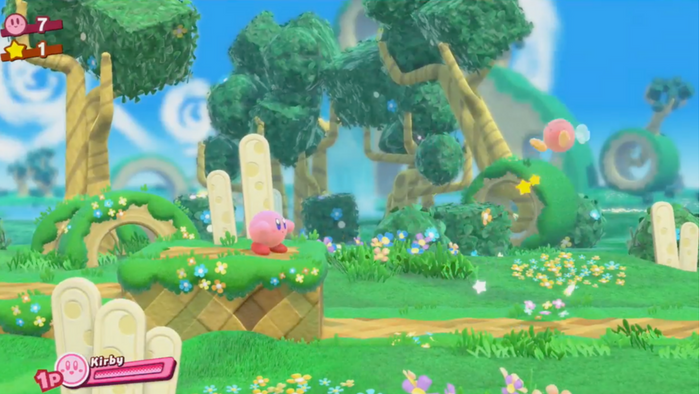 Nintendo has announced a brand new whimsical Kirby game for the Nintendo Switch, and it’s just what you’d expect from the airy pink creampuff.

The brand new Kirby side-scroller looks as though it will include a special cooperative mode where additional players can work together to take out enemies. Kirby himself can make friends with his enemies this time around, apparently, after which they’ll march around with the little pink puffball throughout the game. This way Kirby can build up a formidable army as he zips through each level.

The trailer showed off Kirby’s familiar powers where he can devour his enemies and take on their abilities as well, including ice, water, and fire abilities that he can use to totally decimate the competition. It’s just as cute as you’d expect, and these powers look as though they’ve been upgraded somewhat for this game in particular.

There’s an obvious co-op focus on multiplayer here, and that means it’ll likely be an awesome portable title for Switch owners going forward. With the Switch needing a surge of first-party cooperative games in the future, this new Kirby game could be the shot in the arm the portable console needs for first-party Nintendo fans looking for more from the company.

Unfortunately, we won’t see this Kirby entry until it finally launches sometime in 2018.